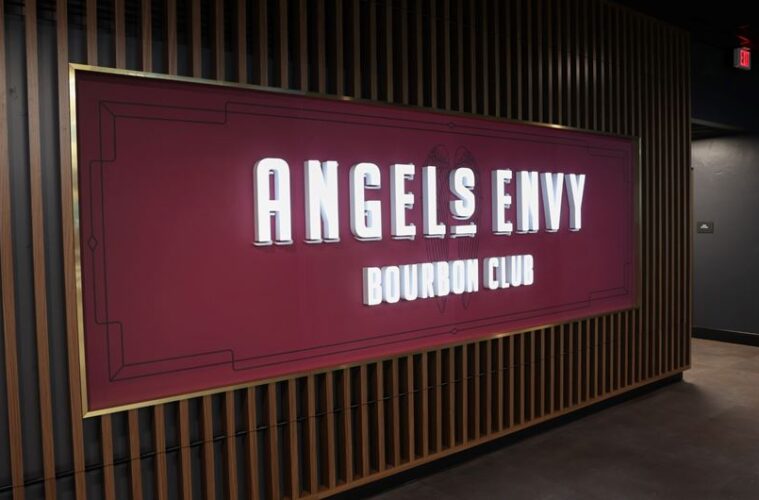 ANGEL’S ENVY®, the Downtown Louisville-based distiller that produces finished whiskeys, today announced, along with the University of Louisville Athletic Association, that the recently-renovated Angel’s Envy Bourbon Club will open when the Cardinals kick off the 2022 football season in Cardinal Stadium.

The renovated club is a product of a $4 million gift from ANGEL’S ENVY. In addition to naming the club space the “Angel’s Envy Bourbon Club,” the agreement also includes marketing and pouring rights at Cardinal Stadium, meaning visitors will have the opportunity to order and enjoy Angel’s Envy Kentucky Straight Bourbon Whiskey Finished in Port Wine Barrels throughout Cardinal Stadium.

“This is an exciting day for the University of Louisville,” said UofL Director of Athletics Josh Heird. “With the opening of the Angel’s Envy Bourbon Club, we have one of the premier hospitality spaces in the city. It is our goal to provide a best-in-class experience for our fans, and the Angel’s Envy Bourbon Club helps us achieve that goal. We are extremely grateful to Angel’s Envy for their investment in our university and our athletic department; we look forward to working with them for years to come.”

New features in the spacious club include:

“We’re so excited to share Angel’s Envy with the many Cardinal fans, alumni and guests who will visit Cardinal Stadium this football season, especially those who will join us in the Angel’s Envy Bourbon Club,” said Gigi DaDan, ANGEL’S ENVY General Manager. “Through this partnership with the University of Louisville Athletic Association and Cardinal Stadium, as well as our recent $8.2 million expansion to our downtown Louisville Brand Home, Angel’s Envy is proud to continue to invest in our hometown and support our local community.”

The club, which spans the length of the football field, is a popular gathering place for fans at UofL football games, and the space is also used throughout the year for various events such as weddings, job fairs, conferences, meetings, awards dinners, registrations for car shows, bridal shows and others. The massive club can accommodate up to 1,500 for receptions, 1,000 in a theatre setting and 700 for banquets.