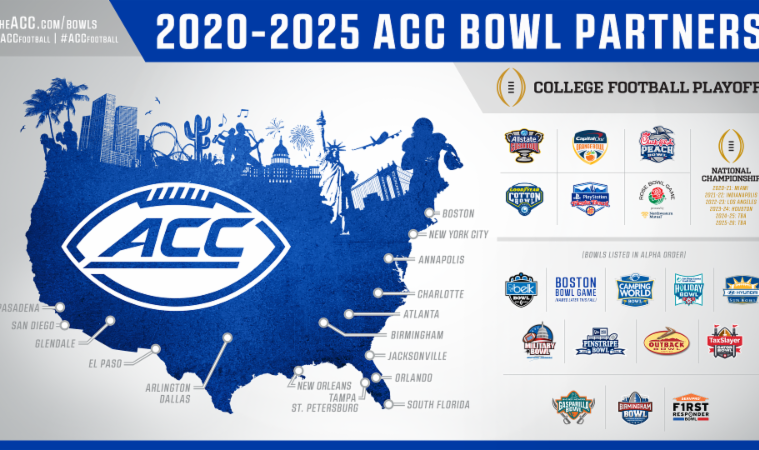 Additionally, the ACC will send a team to the Outback Bowl if the opponent in the Orange Bowl is from the Big Ten.

“We are proud to partner with this exceptional collection of bowls for the 2020-25 seasons,” said ACC Commissioner John Swofford. “We have enjoyed the long-standing relationships and look forward to working with those that are new to our lineup. The partnerships provide our 15-member league premier matchups, enhanced financials and attractive destinations.”
ACC Bowl Games, 2020-25

The ACC and its bowl partners will make team selections based on several factors, including geographic proximity, avoiding repeat appearances and matchups, and regular-season won-loss records.

ESPN Events and the following bowls will collaborate on the selection of one ACC team.