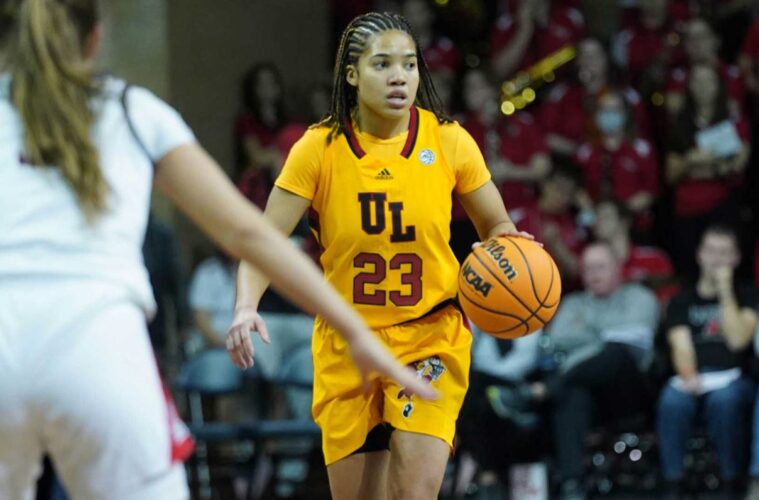 Hailey Van Lith led the way with 19 points, but No. 6 Louisville women’s basketball fell 61-59 in overtime to No. 15 Arizona on Friday at the Sanford Pentagon in Sioux Falls, S.D.

The contest was close throughout and featured nine lead changes and 11 ties. Neither team led by more than seven points throughout.

Van Lith scored under the basket early in the fourth quarter to give Louisville its first lead since the end of the first quarter. She then knocked down two free throws with 13 seconds to play to tie it at 54-54.

Yeaney’s attempt at a game-winning jumper was short and a tip-in rimmed out for the Wildcats. The Cardinals had a chance to win it in regulation with 0.9 seconds left, but Emily Engstler’s 3-point attempt came up short and the two teams went to overtime.

Yeaney, who finished with 12 points, put Arizona ahead midway through overtime with her only 3-pointer of the game. After Louisville tied it with a free throw, Yeaney sank a jumper with 1:45 left and neither team scored again.

”I thought they defended well,” Louisville head coach Jeff Walz said. ”We had some open looks that did not go in. Some crucial shots – in a game like this, you got to knock them down.”

Both teams struggled from the floor before heating up in the final period. Louisville finished the game shooting 28.6% from the field while Arizona shot 36.7%.

Van Lith scored eight of her 19 points in the final period. She was 11-of-12 from the free throw line.

Chelsie Hall finished with 12 points in her Louisville debut. Ten of her points came in the third quarter to keep the Cardinals in the game.

Barnes said this season’s Wildcats are better defensively than the 2020-21 squad that lost the national title game 54-53 to Stanford. The Wildcats forced 17 Louisville turnovers on Friday.

Louisville dropped its season opener for the first time since it lost 75-71 to California on Nov. 15, 2015.

Both teams were efficient from the free-throw line. Arizona was 12 of 14, while Louisville finished 25 of 30.