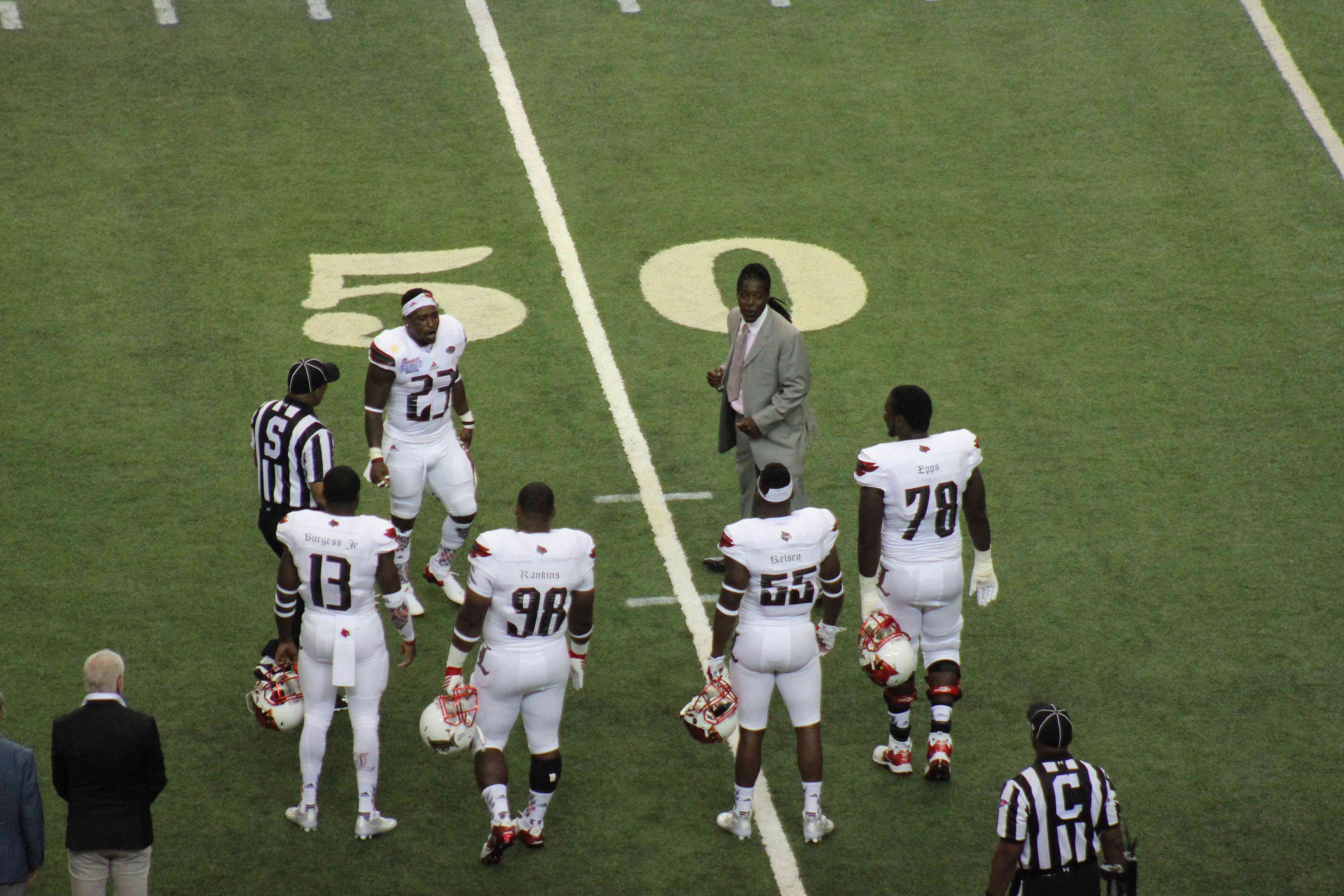 Selected by their teammates, senior running back Brandon Radcliff, who also was named a captain a year ago, senior center Tobijah Hughley, and sophomore quarterback Lamar Jackson were tabbed the offensive captains, while senior defensive tackle DeAngelo Brown and senior linebacker Keith Kelsey, a repeat selection from last season, were selected the defensive leaders.

“We have outstanding leadership on this football team, but these five leaders were voted upon by their teammates to guide the team this season,” Petrino said. “These five captains will do an excellent job in leading our football team as we look to achieve our goals in 2016.”

A native of Miami, Fla., Radcliff was second on the team in rushing with 634 yards and seven touchdowns, while averaging 4.5 yards per carry. He posted a pair of 100-yard rushing games – totaling 117 yards in a win over Syracuse and a career-high 146 in the victory over Virginia.

Hughley, who was named the team’s Scholar Athlete of the Year last year, has started 24 games over the last two seasons at the center position.

One of the most electrifying players at the quarterback position, Jackson led the Cardinals in rushing and passing last season. He totaled 960 yards and 11 touchdowns on the ground, including a Music City Bowl record 226 yards rushing in the win over Texas A&M. Through the air, Jackson passed for 1,840 yards and 12 touchdowns in his first collegiate season.

The lone returning starter on the defensive line, Brown, an all-ACC preseason selection, totaled 40 tackles and a pair of sacks last year. He also recorded a career-high 6.5 tackles for loss in 13 games as a starter.

The team leader in tackles last season, Kelsey – an all-ACC preseason selection this week – recorded a team-high 107 tackles as the Cardinals finished in the top-20 nationally in total defense and against the run. A two-time captain, Kelsey, a first-team all-ACC selection last year, registered five games with 10 or more tackles, including a career-best 15 versus Houston.

The Cardinals posted an 8-5 record in 2015, finishing third in the ACC (5-3) and ending the year with wins in eight of their last 10 contests, including a 27-21 victory over Texas A&M in the Music City Bowl.

Louisville returns 17 starters – 10 on offense and seven on defense – and was picked this week to finish third in the ACC this season. The Cardinals open the season at home on Sept. 1 versus Charlotte at 7 p.m.