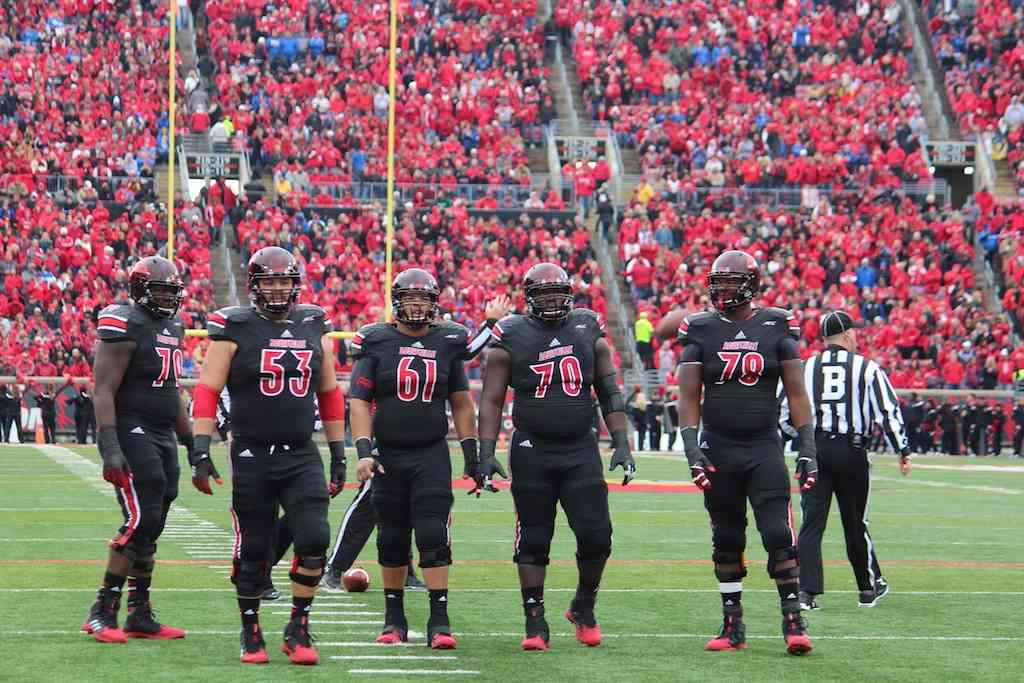 Jefferson, GA offensive lineman Caleb Chandler has announced his commitment to Louisville, choosing the Cards over such schools as Miami, Mississippi St., Oregon, West Virginia, and Florida. Chandler is the 3rd offensive line commitment in the class of 2017 joining fellow commits Cole Bentley and Ronald Rudd.

Chandler is rated the #30 offensive tackle and #251 prospect overall by 247Sports. Here is the evaluation done by Dave Lackford and myself on Caleb Chandler.

Dave’s Evaluation: Beast.  If Louisville can land Chandler and Suggs to complement road graders like Bentley and Poutasi this would be one of the best offensive line classes the ‘Cards have pulled.  Chandler is dog, a big one, and he’s extremely vicious.  I like him the best out of all eight prospects mentioned here.  His pad level is elite, he fires off the line like someone shot him in the ass with a rocket, his footwork and reach is next level, he keeps his hands inside his man, and finishes blocks with indiscriminate violence.  Other things I notice were how he doesn’t blow assignments in a sophisticated running attack.  He also has a good stance when his uniform is filthy.  That tells me as the game goes on he doesn’t get undisciplined and slack off, sacrificing fundamentals and technique.  Chandler would be a huge pull for this class and should be the top target on Louisville’s board at this point.

Chris’ Evaluation: Caleb Chandler is the highest rated of all uncommitted lineman as well as all recruits Louisville is heavily involved with and it shows with how well rounded of a prospect he is. Chandler has the athleticism to consistently get to the 2nd level and finish blocks, the strength to move d-lineman and open up run lanes, and the flexibility to win 1 on 1 battles with defenders by getting low and using leverage. Whether it’s moving a defensive tackle or in pass protection on the outside with a speed rusher, Chandler squares his shoulders and engages defenders with precision. Like most linemen, Chandler could use a little work in the weight room to put on some weight, but besides that Chandler has everything you could ask for in an offensive line prospect and shows that he would be able to contribute early and often.