38 Louisville Cardinals Alumni will report to 2015 NFL Training Camps.  The 38 former Cardinals are under contract for a total of 124 years for an overall collective contract value of $194,388,247.   If Louisville Football were a country, it would rank 218th (of 229) in overall GDP.

10 former Cards were selected in the 2015 NFL Draft and 7 other Cards are under contract as Undrafted Free Agents with an opportunity to make their 2015 NFL Rosters.

NOTE:  The details of Jamon Brown’s contract are not yet known and is estimated here based on his slot at $3.24M at a 4-Year deal.  We will update the exact figure once known, but it should not vary more than $10-20K.

NOTE 2: There are a handful of players who were under contract last season that may or may not be contracted prior to or during 2015 training camp, most notably Amobi Okoye, Michael Bush, David Akers, Hakeem Smith and Johnny Patrick.

I created this image to see the full effect….RIGHT CLICK and OPEN IN NEW TAB TO SEE IT FULL SIZE.  It is a large image. Also see detailed chart below the image.

Surrounding the image are Super Bowl Champions that are Louisville alumni.  I’m working on compiling a list of accolades & integrating players that are HONORED by their NFL teams Ring of Honor (like Tom Jackson, Mark Clayton, Johnny Unitas, Bruce Armstrong, etc.)  Any help identifying these players is appreciated. 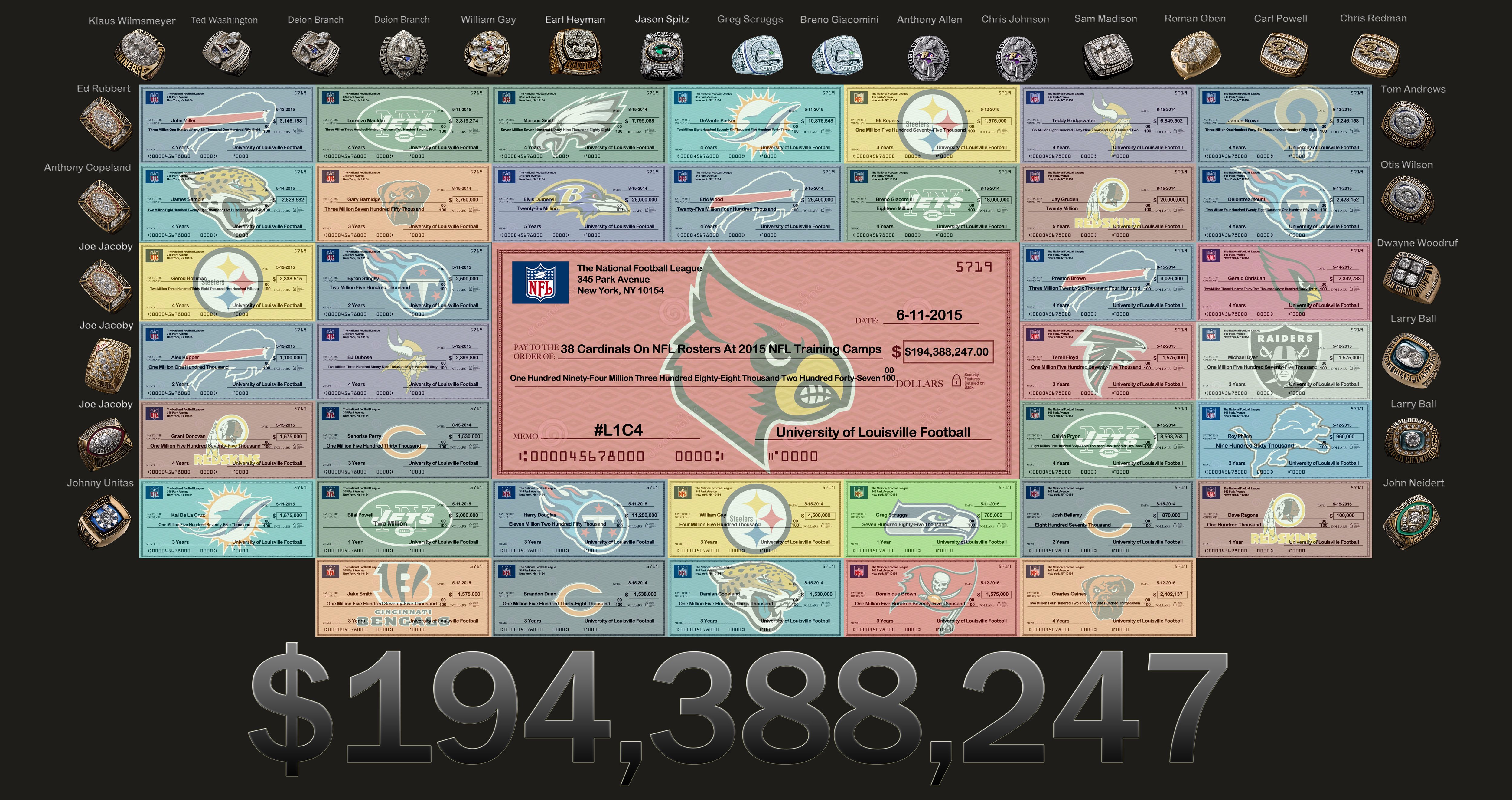