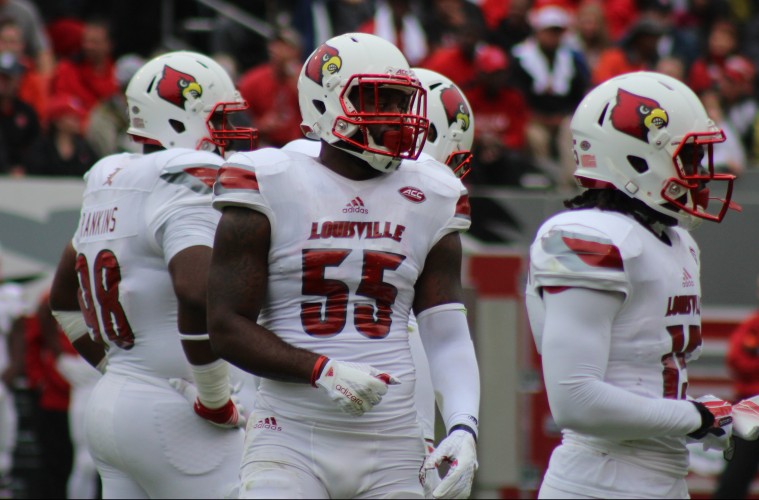 With 2016 being the last year for two major defensive contributors in linebackers Keith Kelsey and Devonte Fields, UofL will be on the hunt for guys to step into their spots. One current Louisville commit, outside linebacker Tadarrius Patterson, looks to be a factor in helping to replace the dynamic duo. “I think it is a big opportunity I have to take advantage of!” Patterson said.

So, what has the Alabama linebacker been doing between his junior and senior years of high school? “Just getting ready for the season and finishing my classes for early enrollment” Patterson said, who plans to enroll at Louisville in January.

On the football side of things, Patterson attended Louisville’s ‘Light up the Ville’ event where he received some positive feedback from the coaching staff “They said I look really good at linebacker and I could make an impact coming in early” he said.

One thing Patterson has focused on in the off-season is getting stronger, increasing his squat from 405lbs to 495lbs, bench from 295lbs to 325lbs, power clean from 315lbs to 355lbs, and deadlift from 480lbs to 500lbs. Not only has the George Washington Carver standout increased his lifts, he has also added weight, going from 217lbs in the spring to 228lbs currently.

Along with work in the weight room, the 3 star prospect (#49 OLB nationally by 247Sports) has also been working on his drops and coverage skills, making him that much more versatile.

One quick note: It seems as though a lot of current commits are recruiting Russ Yeast, including Patterson who said “I think we have a strong chance” .