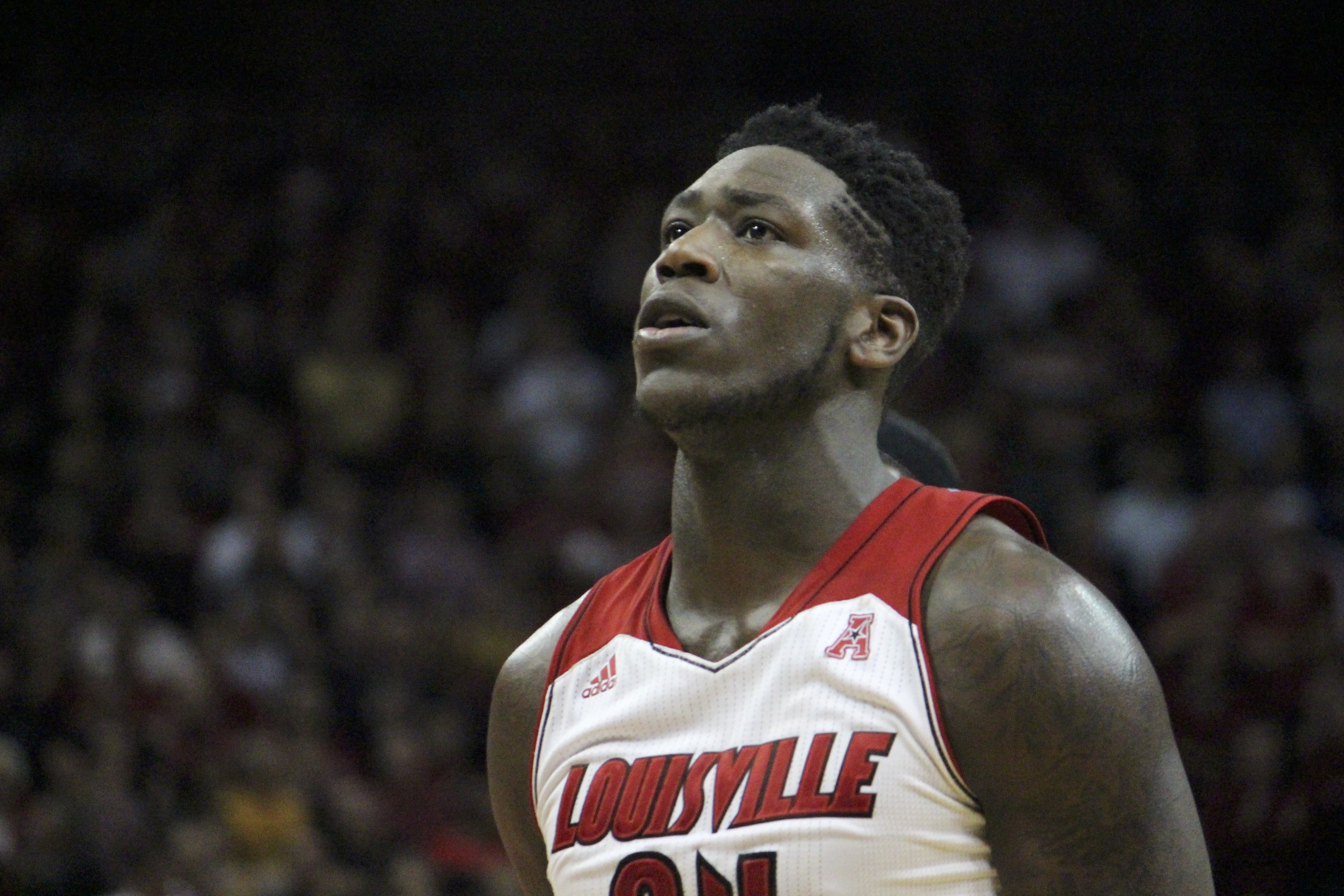 Louisville Forward Montrezl Harrell has a tough decision to make:  Enter the NBA Draft or remain in college for another season.  In my opinion Harrell is going to enter his name in the Draft, but there are several factors for Montrezl to consider.

Harrell has until the NBA’s Early Entry Deadline of April 27th (11:59 p.m. EST) to send his paperwork to the NBA to declare.  If Harrell signs with an agent he may not return to college.  If he elects to go through the Draft process without an agent he may withdraw his name from the Draft on or before June 16th.  The Draft Lottery will be established on May 20th, as well as several evaluations that will happen with the pool of players.  Harrell should have a good idea of where he stands prior to June 16.

If Montrezl Goes to the NBA

Right now Montrezl Harrell is projected consistently in the 16-23 range.   That could of course change throughout the course of this process.  For argument’s sake, let’s say that Harrell is drafted in the middle of his projected range at 20th.  His rookie contract is basically established based on draft position by the league’s collective bargaining agreement (in a range of 80%-120%).  The 20th overall selection will receive guaranteed 2-year contract with an option for a 3rd and 4th season.

NBA teams almost universally pick up the Year 3 option in fear of investing 1st round money into a player and having him pay dividends for another franchise.  If a player’s Year 4 option is picked up, then that player has an excellent opportunity to receive his coveted 2nd & much more lucrative contract.

If Montrezl Stays For Another Season at Louisville

Harrell will be returning to the Cards in an attempt to play himself into the Top 10 of the 2015 NBA Draft.  Early evaluations have Montrezl around the #7 pick with a return to Louisville.  Draft evaluators believe that the 2014 Draft is much deeper than the 2015 Draft, and Trez should have an improved game a year later playing in the ACC and should raise his stock in the draft inside the Top 10.

Assuming Montrezl does become the 7th selection in the 2015 NBA Draft here is how the rookie contract changes:

A 3rd Year would be a virtual certainty unless of a catastrophic injury or major personality issues for any team to forgo a the Year 3 Option.  Again, the 4th Year is the one that really is barometer for if a player is going to stick around for a 2nd deal or not. But let’s look at the non-guaranteed numbers of the #7 Pick (80%-120%) of the 2015 Draft.

What Should Montrezl Harrell Do?

Montrezl was born January 26, 1994 making him 20-years old.  He has plenty of time to play professional basketball, so losing a year of earning potential really isn’t going to dent the bank book when Harrell decides to hang up the sneakers in his mid-30s.  And that is really is endgame: Accumulating as much wealth while playing professional basketball to ensure a long and prosperous future.

How certain is Montrezl Harrell to receive his 2nd contract?  In my opinion, Montrezl’s game translates better to the NBA than it does to college. But I do think Harrell could spend another year in college against the ACC and become more NBA ready and more likely to play major minutes as a rookie and beyond.

There is of course a risk of injury.  The NCAA allows for deferred payments of Catastrophic Injury Insurance policies. But what can’t be covered by insurance is if Harrell stays in college for his junior season and does not improve his draft position and loses a year of earning and is yet another year away from his 2nd deal.

If I were Montrezl Harrell I would enter the draft, not sign with an agent and go through the draft process.  If Harrell can move up to 9-12 during draft evaluations he should remain in the draft.  If he can’t and remains below 14th, I think he should return to Louisville & obtain a catastrophic injury insurance policy over $2.5 Million.

It’s tough to tell a person to pass on a job with a yearly salary of over $1 Million starting next month.  And I don’t think he should, Montrezl should go through the process and discover it on his own before removing the safety net.  The process will, if nothing else, help prepare Harrell for the 2015 Draft should he decide to return.   In the end, if Montrezl believes that he can play his way into a Top 10 pick for the 2015 Draft MATH says that he should play his junior season at the University of Louisville.   We’ll see what the decision is very soon.