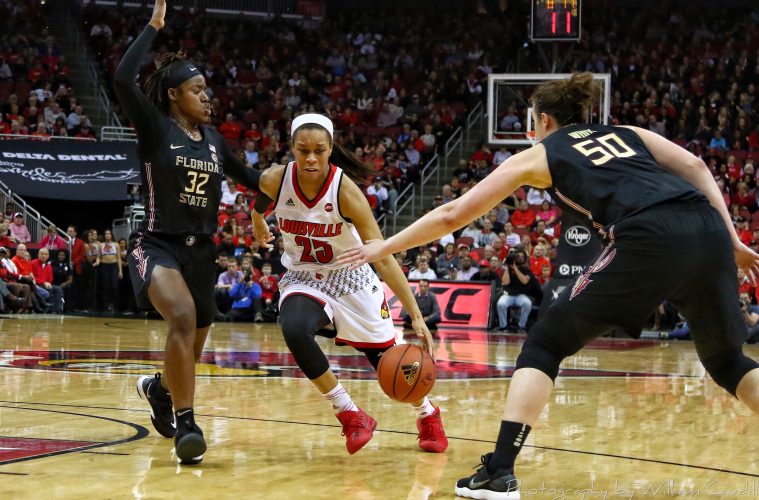 Louisville went on to lose every quarter to follow.  And fall to the #12 Seminoles at home by a point in front of 14,248 fans on Sunday evening.

Tied at 38 at the start of the 4th quarter, Coach Walz said he felt good that his team could find a way to win.   The Seminoles took their first lead at 37-36 in the third quarter. They shot just 28 percent overall.

Up next: the Cards are on the road Thursday at Miami and then back at home Sunday facing Wake Forest next SUNDAY at 1PM