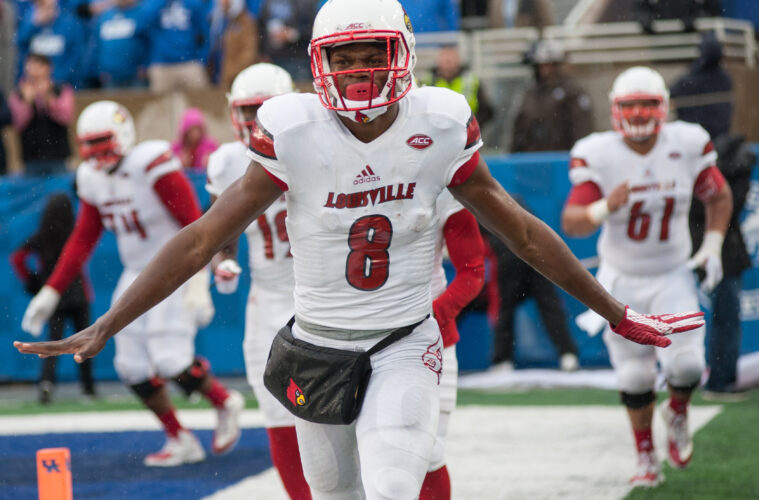 Tonight, Louisville will face off against Texas A&M in a bowl game that most Cards fans didn’t anticipate being such a big deal. Sure, A&M is a pretty big opponent. They finished the year with an 8-4 record in the SEC with wins against Mississippi State, Vanderbilt, South Carolina, and Arkansas. They have the talent: A&M had the 11th ranked recruiting class in the country last year according to 24/7 sports and the 5th ranked class 2 years ago. The location is prime: the short drive to Nashville makes it a great opportunity for Cards fans to show up and support their team without making a trek halfway across the globe. This game is winnable: Louisville is ranked 12 spots higher overall in the S&P+ computer rankings than Texas A&M is, not to mention A&M will be down to their 3rd string QB and without WR Speedy Noil.

What it means to Louisville now:

After finishing the year 7-5, 3rd in the Atlantic Division, Louisville is still searching for a quality win on their schedule. Sure, the UK win was great and the N.C. State game was a pretty good road win as well, but UofL failed to capitalize on the trio of opponents that would have made a statement, Houston, Florida State, and Clemson (argument could be made for Auburn and Pittsburgh here as well). If Louisville can pull out a win tonight, it will give this team a statement win and send the seniors out on a high note.

What it means to Louisville going forward:

While a win tonight would be a great way to finish the 2015 UofL season, it would be a better way to start the 2016 UofL season. Depending on who decides to enter the NFL draft from this year’s team, I believe there is a good chance Louisville could start the season in the top 25 next year and a win tonight could help solidify this. In talking to incoming recruits, one theme appeared consistent across the board: this staff truly believes they have a chance to compete for a national championship in the next couple years. A win tonight and a top 25 start next year may not mean that UofL will win the national championship next year, but it provides a foundation to begin a run for the playoff. It is all about momentum and winning the Music City Bowl against Texas A&M is about as good of a way as we could expect to head into spring ball next year.

Want a great way to solidify any commitments that may be up in the air? How about increasing the chances of landing a top uncommitted target? These are still more reasons that a win now will pay off later for this team.

Let’s look at the facts for just a minute. Louisville will return virtually their entire offense next year including players with NFL talent (Jackson, Quick, Christian, and Crum just to name a few). With another year in the Petrino offense you can expect a major leap forward for this unit. With so much turn over between last year and this year, the offense never had a chance to develop any sort of continuity, hence some of the struggles at times this year. They will also have a chance of returning a large part of their defense depending on who declares for the NFL draft.

Regardless, there is a lot on the line tonight. Not only for this season, but for next. A win tonight is a large piece of the foundation for a successful 2016 season. Beating Texas A&M tonight not only adds another win to the win column, it gives this team momentum as they build for something much bigger.