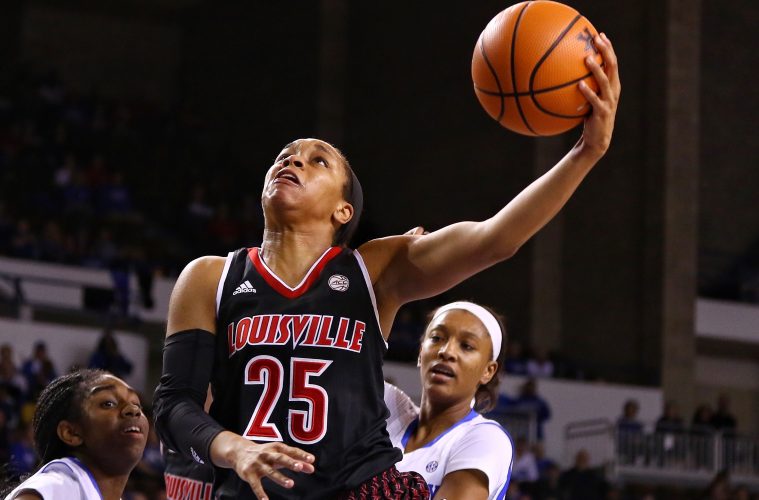 Louisville guard Asia Durr returned to her hometown Thursdaynight and scored 38 points, but it took teammate Myisha Hines-Allen‘s driving layup with 1.9 seconds remaining for the third-ranked Cardinals to squeak out a 74-71 win at Georgia Tech.

A 5-foot-10 junior from the western Atlanta suburb of Douglasville, Durr set the Louisville scoring record of 47 points earlier this season against Ohio State.

Tech trailed 46-34 at halftime, but senior post player Zaire O’Neil scored her team’s final eight points, all on layups, and tied the game at 71 with 5.5 seconds left when she rebounded a missed shot and scored.

After a timeout by the Cardinals, Louisville’s Arica Carter inbounded from the left sideline to Hines-Allen just beyond the free throw lane. She drove the right side of the lane and banked the game-winner off glass.

Tech’s penultimate inbounds play, after a timeout, was intercepted by Louisville’s Jazmine Jones, who was fouled before making one of two free throws with 1.2 seconds to go. She missed the second shot, and Tech rebounded, but did not get off a shot before the buzzer.

Tech was led by reserve guard Kayla Pugh’s 17 points while Fletcher and Francesca Pan added 15 and O’Neil pitched in 15 points and nine rebounds.

Louisville escaped a big upset in spite of 17 turnovers.

Georgia Tech gave the Cardinals all they could handle, but could not pull out the win with starting guard Channin Scott going scoreless.

Louisville goes on the road again for a Sunday ACC game at North Carolina State.