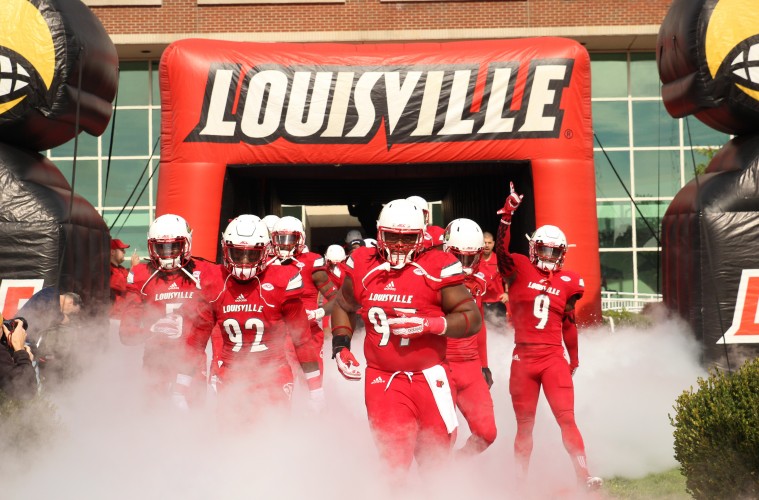 Dave’s Evaluation: Etheridge is a nice depth pick up.  He seems to be somewhat of a project in that he will need to work on his speed and explosiveness.  What he has going for him is his football IQ.  A read and react linebacker, Etheridge takes good angles and moves his feet well.  Another he will have to work on at the next level however is using his hands to shed blockers.

Chris’ Evaluation: Watching Dorian Etheridge’s highlights shows an all around talented athlete that excels at his position, but there is more to him than that. Watching him closely, he is an incredibly smart and efficient player. He reads the quarterbacks eyes with ease and precision and can diagnose a play well before the ball is thrown or a runner cuts in a specific direction. To go along with this, Etheridge is very smart regarding his angles, always making sure he takes the quickest path possible. Once Etheridge engages a ball carrier, he shows good strength when making contact. Currently listed at 218lbs, Etheridge would likely be fit for an outside linebacker or star position initially. Due to his football IQ, though, I think Etheridge would be a great fit for middle linebacker in a year or two once he adds additional mass.

Dave’s Evaluation: Jones looks explosive to me.  He can cover ground sideline to sideline as well as diagnose plays quickly and come down hill with bad intentions.  He has active hands to get off blockers, gets skinny in the hole to break into the backfield, and hits hard.  Not a lot of looks in his film where he’s playing in pass coverage so that remains to be seen, but overall I really like Jones’ athleticism, want to, and explosiveness.

Chris’ Evaluation: If you have followed me long enough on Twitter you will know that Jones is one of my favorite players in this class and who I think is by far the most underrated. Several things jump off the screen to me when watching his highlights: #1. He has an elite motor: From the moment the ball is snapped Jones is hunting, determined to make a play on the ball carrier. #2. He has very good speed for someone his size. #3. He does an excellent job at avoiding and shedding blocks. #4. Jones’ hits pack a punch. Kam Jones is what I like to describe as a headhunter. The play isn’t complete unless someone’s head gets rattled. I think that certain aspects of his game equate to someone like James Burgess, although I believe Jones can and will carry more weight. I think that Jones will be a star on the defense in the next couple years.

Dave’s Evaluation: Clark is listed at 6-foot-3 230ish edge rusher.  Long wing span.  He seems a little raw and tends to make arm tackles and relies on his size more so than technique.  That being said, he looks like he has the frame to add 30 pounds with some weight training.  His film shows some dog and he flies around looking to make plays.  He’ll need to up his awareness against running plays and screen plays out on the edge but he looks like a kid that loves to play and has a good motor.  He could be a player by his junior year.

Chris’ Evaluation: Malik Clark is a big bodied linebacker/defensive end that is very explosive. He easily has the frame to support more weight and I think this will result in him playing primarily on the defensive line. Not only does Clark show the ability to rush the quarterback but he also displays good strength in stopping the run, shedding blockers with ease. Another thing that separates Clark from others is his motor. The kid never stops and is at 110% speed all of the time. To be honest, after watching Clark’s highlights I feel better about defensive line class. I think Clark could become a major contributor for Louisville, possibly as early as his sophomore year.