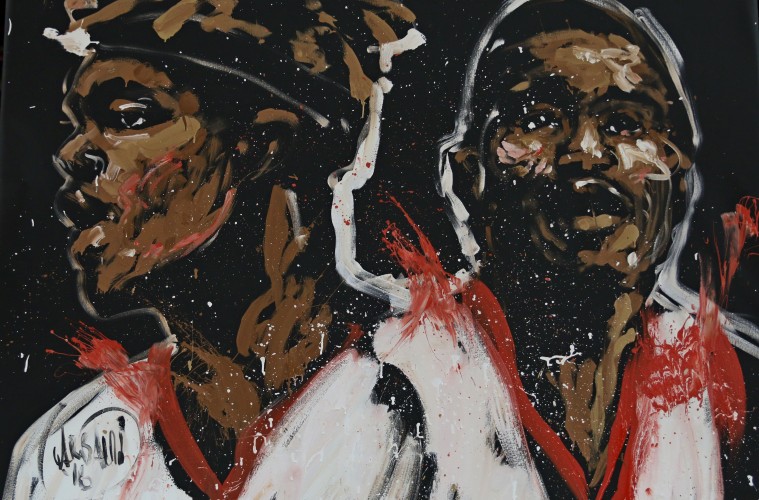 Yearly reflections on a season usually isn’t difficult for a writer. Start with the final result and ask: Did this team fulfill its potential? Did they over/under achieve? Were they likable? Did they represent the university in a way that would make its fans proud? How will they be remembered?

Unabashedly this team moved through the outside influences of this season with grace and their on court chemistry was irresistible for its fans.  The likability factor was off the charts.  From the beginning the new guys made it known that they would be a part of the community.  Trey Lewis & Donovan Mitchell (along with other members of the team) would go to Louisville Baseball games to interact with fans.  Leading up to Puerto Rico we heard stories of players actually thanking coaches for practice.

Misfortune struck on February 5th and the program learned of its post-season ban, the players were more poised & understanding than all of the adults involved (fans, alumni, media, administration).  That level of character isn’t found in 18-22 year old college students often and can only result in a strong foundation.  Trey Lewis & Damion Lee often talked of their relationships with their family…and we don’t need to know their families to understand that these two team captains were raised with integrity.

And they made us proud.  The national headlines cut the fanbase deep, the local scribes kept us abreast of the latest movements within each stage of the scandal but this group played on against a current of negativity and won the hearts of the Louisville faithful anyway.

Deciding to represent themselves, their families, and the community, this Louisville squad competed and smiled all the way until the end working towards an empty result.  It’s important to note that they had a chance to play for an ACC Regular Season Title…..so close….yet so far.  Kind of like the final result of the season.  Within grasp but at an impossible distance.

Even though this team won’t appear in Washington D.C. next week, it’s important to note that this team would have received a Double Bye in next week’s ACC Tournament.  That’s often a major accomplishment in March.  Louisville finished 4th in the Atlantic Coast Conference for the 2nd consecutive year during the regular season.

Success in March is great, but it’s the ride that Cardinal fans long for.   They long for the journey. Louisville Basketball fans don’t expect to be in the Final Four each year.   Louisville fans want to recapture the magic of the Big East Conference Tournament, they want to ride in the highs and lows of tiptoeing advancing or elimination.  They want to see their will for their school personified in the players that wear their colors that sometimes reverses the balance of a game and sometimes comes up short.

Perhaps there is no other emotion for a fan quite like March Madness.  Each win is celebrated wildly.  When defeat comes, it’s mourned like family and we celebrate the heart & memory of that group.

Regretfully in this case, Louisville fans don’t get to do that.  Instead the Cardinal faithful was able to fall in love and found a source of pride in this team.  But they’ll never be able to answer whether or not they over or underachieved in the final result.  We’ll never know if the 2015-16 Cardinals were able to fulfill their potential.

Otherwise how will this team be remembered?  They’ll be remembered as the bridge from one of the most memorable eras of Louisville Basketball history to whatever happens over the next 2-3 years.  That’s up to the remaining roster who gets to carry this torch of goodwill on and its them that will determine the eventual destiny of this group.

Ultimately no matter what happens, the Cards can’t give the fans its ride March in 2016.  Damion Lee & Trey Lewis who both came to Louisville to fulfill that dream will always have to daydream about what might have been.  But without them 2015-16 might have been a nightmare for Cardinal Basketball.

Devotion from this season will pay dividends next year as the Cards attempt to rise in Phoenix in April 2017.