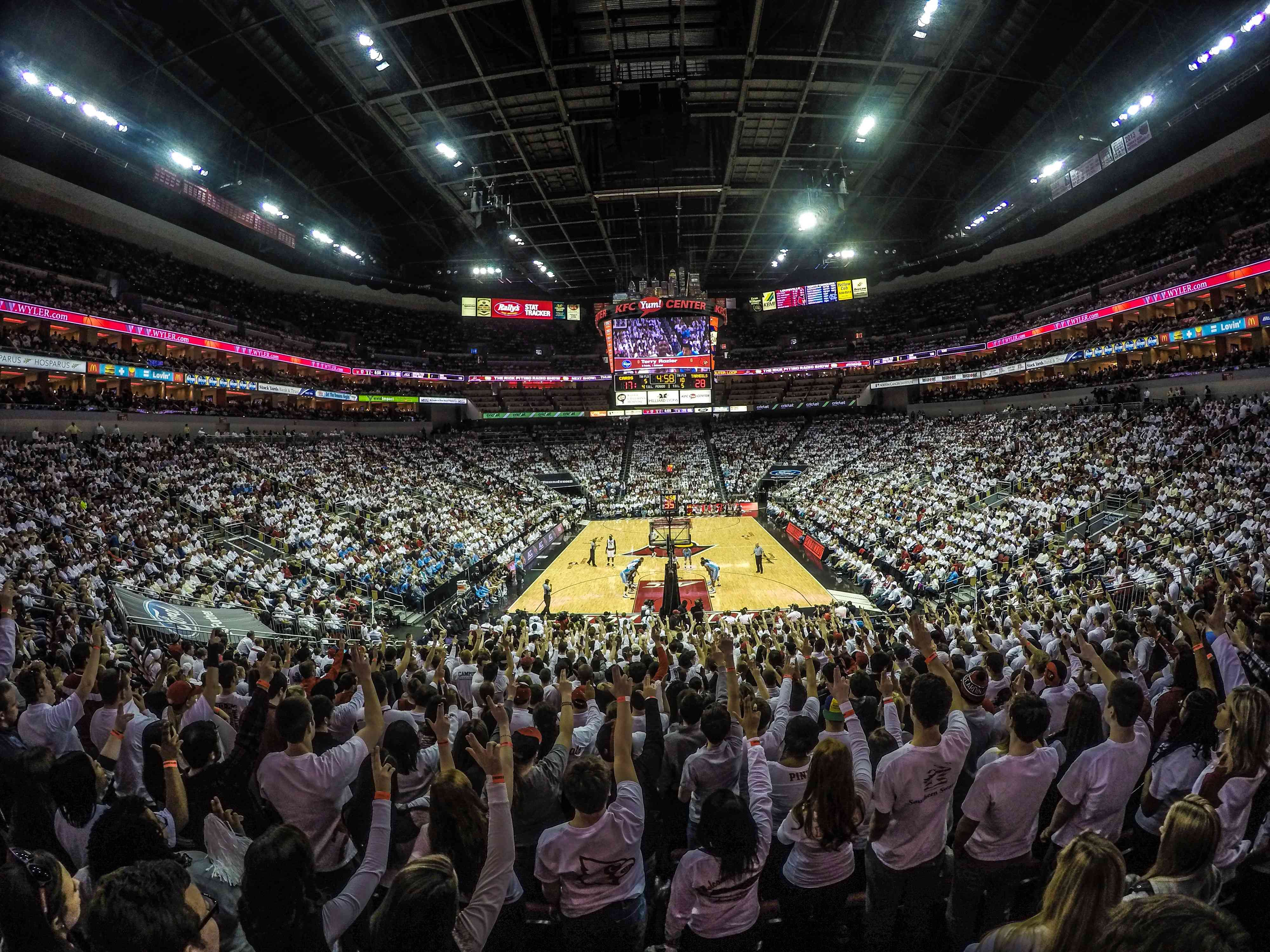 White Out vs. Virginia/Red Out vs. Georgia Tech Announced

Honoring two past national championship teams on their anniversaries and two “color” events are among upcoming special events at the University of Louisville men’s basketball final seven home games of the season in the KFC Yum! Center.

The Cardinals will close the month of January with its annual “White Out” game when the Cardinals face No. 13 Virginia in the KFC Yum! Center on Jan. 30.  Fans are encouraged to wear white attire for the 1 p.m. game televised by CBS.  Louisville has won six of its previous nine games with “White Out” promotions, including beating 13th-ranked North Carolina 78-68 in overtime in last year’s event.  UofL has knocked off four ranked opponents when the arena was a bright white.  UofL Coach Rick Pitino has drawn national attention when he wore a white suit for seven of the “White Out” games.

This year marks the 60th anniversary of the Cardinals’ 1956 National Invitation Tournament championship and that team will be honored at halftime of Louisville’s Feb. 6 game against Boston College.  The 1956 NIT Champions, which UofL Coach Peck Hickman had directed to a No. 6 national ranking entering the tournament, beat third-ranked Dayton 93-80 in the title game to cap a 26-3 season.  UofL All-America forward Charlie Tyra was honored as the Most Valuable Player of the 1956 NIT, scoring 29 points against St. Joseph’s in the national semifinal.

On the 30th anniversary of their achievement, UofL’s 1986 NCAA Championship team will be recognized at halftime of the Cardinals’ Feb. 20 game against Duke.  Guided by future Hall of Fame Coach Denny Crum, that 32-7 Louisville team featured all five starters that scored over 1,000 career points, including four in the top 11 all-time at UofL:  Pervis Ellison (2,143 career points), Milt Wagner (1,836), Herbert Crook (1,723), Billy Thompson (1,685) and Jeff Hall (1,294).  Louisville defeated Duke 72-69 in the 1986 title game and Ellison became the second freshman in NCAA history to be named the Most Outstanding Player after producing 25 points and 11 rebounds against the Blue Devils.

The annual “Wear Red for the Seniors” game is set for March 1 when the Cardinals face Georgia Tech in the final home game of the season.  Cardinal fans are encouraged to wear red attire for that Senior Day event.  Louisville has won 13 of its last 14 Senior Day games, including last year’s 59-57 victory over No. 2 Virginia as Mangok Mathiang‘s jump shot with 2.7 seconds remaining provided the winning margin.

The Cardinal Authentic store, with locations near Gate 2 at Papa John’s Cardinal Stadium and at the front of the KFC Yum! Center, will have a special shirt for sale for the color events.