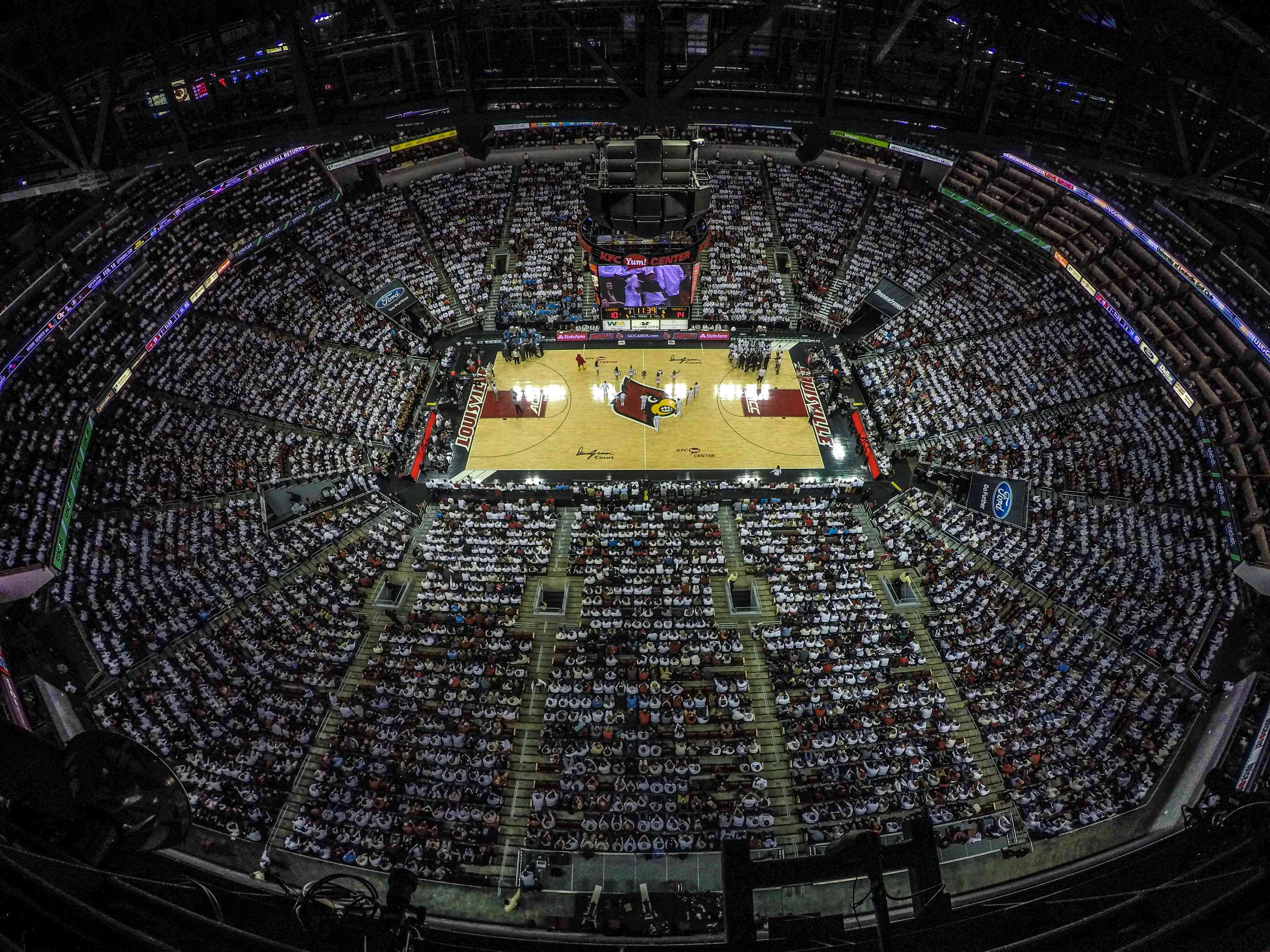 White Out, Black Out & Red Out Set for Upcoming Basketball Games

Three “color” events are among upcoming special events for fans at the remaining five University of Louisville men’s basketball home games in the KFC Yum! Center.

UofL opens the month of February with its annual “White Out” game when the Cardinals face No. 9 North Carolina in the KFC Yum! Center on Feb. 2.  Fans are encouraged to wear white attire for the 2 p.m. game.  Louisville has won seven of its previous 12 games with “White Out” promotions, including knocking off four ranked opponents in those games when the arena was a bright white.

The inaugural “Blackout” in the KFC Yum! Center is planned for Feb. 12 when UofL will play No. 2 Duke at 9 p.m.  Fans can participate by wearing black clothing for the nationally-televised event.

The annual “Wear Red for the Seniors” game is set for March 3 at 1:30 p.m. when the Cardinals face Notre Dame in the final home game of the season.  Cardinal fans are encouraged to wear red attire for that Senior Day event.  Louisville has won 15 of its last 17 Senior Day games.