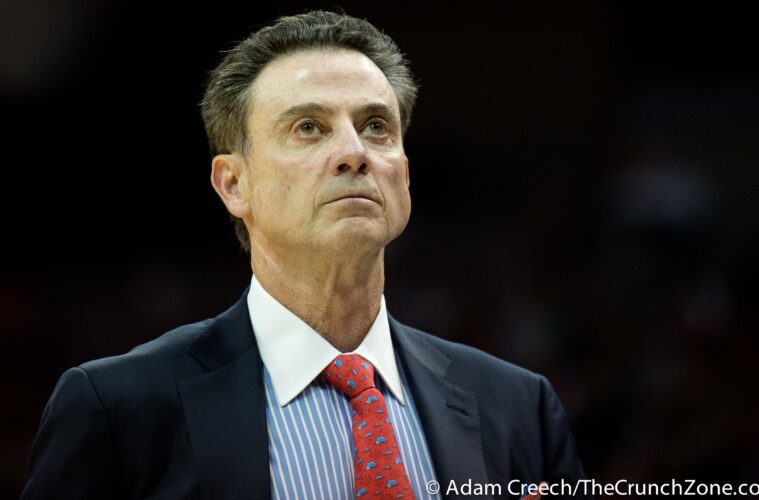 Katina Powell made her way through the national media circuit on Tuesday detailing first hand accounts of her book “Breaking Cardinal Rules”.  Television, Radio, Internet. It was a gut check type of day for the program.  But where do we go now?

Wait for Investigation to Conclude

This is a frustrating fact, but UofL has to wait to fight for itself.  It is Tom Jurich’s style to deal with any issue “Head On”, but UofL can’t do that here.  Until the investigation concludes and the findings are released the program is a punching bag in the media.  We’ve heard a great deal of evidence that paints a less than favorable light on the University of Louisville Basketball program.  But Chuck Smrt & the NCAA are searching for the truth.  A LOT of credibility goes into the ESPN report by John Barr, Jeff Goodman, and C.L. Brown.  Getting players & recruits (even anonymously) to corroborate Katina Powell’s claims is a big deal.  Jeff Goodman is well-connected in basketball circles and C.L Brown knows Louisville as well as anyone….particularly during the time in question.

But the reports that matter are the ones initiated by UofL with Chuck Smrt and his work in conjunction with the NCAA.  The JaQuan Lyle interview that had everyone up in arms?  Chuck Smrt was there.  And Chuck Smrt will be there step by step with the NCAA conducting interviews, sharing information and data.  This is a transparent process between UofL’s independent investigator and the NCAA.  So the leak out of the Lyle interview could only happen from Ohio State or Lyle himself.

There are a ton of questions that need to be answered: Did Pitino Know?  Did anyone help Andre McGee? Was it McGee’s money?  Or someone else?

The answers to those questions will determine what happens in terms of penalties, who keeps their job, and where the program can begin to rebuild.

No matter what happens in the investigation, Louisville needs to disassociate from Andre McGee.  At the very least Andre exercised reprehensible poor judgement by even associating with Katina Powell and her band of dancers.  Forget that Andre possibly aided recruiting by using strippers and prostitution…..but that he even had this woman (an admitted drug addict, sex trafficker) around the team inside Billy Minardi Hall is enough for Louisville to end its association from Andre and strike him from the media guides, etc. that come with disassociation & banishment.

On Tuesday Rick Pitino basically implored Andre to speak out and tell the truth for the sake of the program, his school, former teammates, etc.  That’s not going to happen.  McGee faces a series of personal ramifications for owning this criminally, with the NCAA, and in his personal life.  But if he did do this…and acted on his own accord, he should own it.  And if he was directed by someone within the program OR acted in concert with another assistant coach OR even Pitino himself, he should let it be known.

Either way, Andre McGee should come out and tell the truth.  His career in basketball coaching at the collegiate level is over for now, if not forever.  The best thing he can do is fess up to his role publicly and allow the program to begin to heal even if McGee’s statements cause more harm….at least UofL can move forward.  The program is bigger than one person, bigger than Andre, bigger than Pitino.  The fans & alumni of UofL deserve the incontrovertible truth.

What Are the Possible Penalties?

At this point, Louisville Basketball is very unlikely to skate without penalties whether self-imposed or handed down by the NCAA.  But we are seeking clarity and are actually still in limbo between “Failure to Monitor” (FTM) & “Lack of Institutional Control” (LOIC).  The NCAA typically hands down lighter penalties for an occurrence or limited occurrences for FTM, OR an overriding pattern of misbehavior that typically results in more aggressive penalties for LOIC.

The Cards haven’t had a major compliance issue since Tom Jurich has been at the helm.  The school also immediately called an involved both the NCAA and Chuck Smrt as soon as the administration learned of Katina Powell’s allegations.  The NCAA could rule that Andre McGee’s involvement is pattern enough and UofL’s lack of knowledge is enough to levy the LOIC tag. If an association is made between Andre McGee & a booster OR Andre McGee and someone else within the program, Lack of Institutional Control will not be avoided.

So what could happen?  The NCAA could suspend Rick Pitino for a time.  They could eliminate a scholarship or two for a number of years.  There could be a post-season ban.  There is genuine doubt that the 2013 NCAA Championship would be vacated as a result of these allegations.

This is a serious case of misconduct by at least one member of the basketball staff.  There are several examples of how the NCAA hands down penalties resulting from academic and benefits infractions, but I have yet to see an example of precedent close to the scope of what Andre McGee is alleged to have done here.  My best guess?  Pitino has a 10 game suspsension and Cards give up 1 or 2 scholarships for 3 years.   I am not sure yet that a post-season ban is warranted given the limited exposure and Louisville’s immediate response & cooperation with the NCAA, but the Infractions Committee may feel differently.

What is Pitino’s Future?

Rick Pitino’s job is safe….for now.  He told Terry Meiners when news first broke that he would not resign and take the ‘Coward’s Way Out’.  There is no link back to Pitino that hints Rick knew about any of the activities that are alleged.  On several occasions Coach Pitino has expressed outrage and befuddlement about the entire situation.  He’s clearly frustrated by not knowing the truth or future of his program.

I respect Rick Bozich and Tim Sullivan greatly, but I disagree with them both that Pitino will not survive this and remain the head coach at UofL.  Pitino still has the support of his Athletic Director, and Tom Jurich has proven to be an extremely loyal AD.  IF another domino falls, I may change my stance.  I do think that Rick Pitino is in a terrible position and may not be able to take another blow if more information is revealed that can link his involvement or the involvement of another staff member.   If another shoe drops, I may change my mind. But presently I believe Rick Pitino will not step down or best asked to step down.

There is a question about where President Ramsey, the Board, and prominent boosters stand on Pitino.  Recently Ramsey abstained from showing public support to Pitino and instead supported solely Tom Jurich.  The omission was noted and Pitino and Ramsey have reportedly met since that statement by Ramsey was made public.

The best piece of advice I can give the Cardinal faithful is to remain vigilant in pursuit of the truth, even if the truth may not be good news for UofL.  Buckle up, this one is still just getting started.