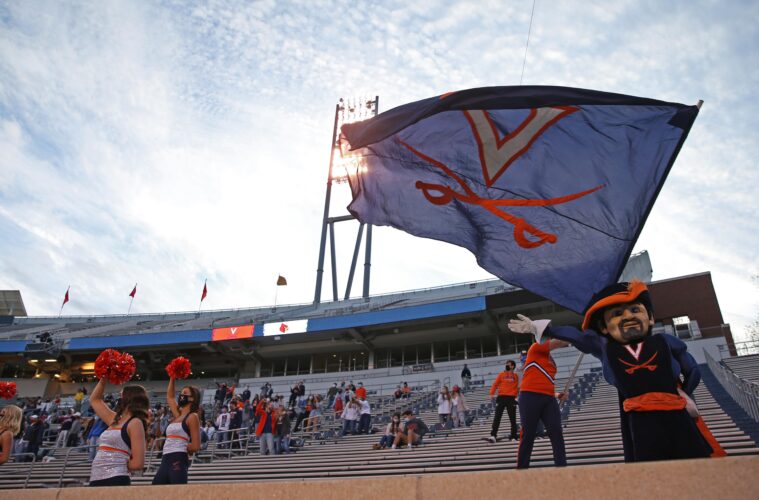 Last year Louisville’s Defense really did a great job against Virginia.  The Cardinal D was continually put in a bad position by its offense and the Cavaliers didn’t have to travel far offensively in order to beat UofL.

Virginia’s Offense is really heavily dependent on the screen game and attempting to run the football.  UVA rarely goes downfield or exposes QB Matt Johns very long for him to take a sack or to make a mistake.  And despite that Johns has thrown 14 Interceptions during 2015 and he’ll be going against a Louisville team that is #3 in the country at getting interceptions (#1 a year ago).

Johns mobility really hurts him against this Louisville defense who has shown the ability to flush quarterbacks out of the pocket and disrupt an offenses’ flow.  Louisville’s front 7 really should set the tone here and turnovers will be ripe for the picking.  Trumaine Washington has created two defensive touchdowns (forced fumble returned by Sheldon Rankins vs. BC & his pick 6 vs. Syracuse) and that sort of thing can certainly happen again in this match-up for the Cards.

Louisville Football is the #11 rush defense in the country.  Virginia is 106th running the football.  That’s a bad recipe.  Taquan Mizzell is the main back here and he’s having just as much trouble finding room to run in this UVA offense as a great back like Kevin Parks did a year ago.  There just isn’t much there.  So Virginia has been trying to get something going by throwing to Mizzell out of the backfield.  Taquan is 1st on the team in receptions and 2nd in reception yards.  So the entire offense really focuses on Mizzell…….and you can expect for Keith Kelsey & James Burgess to have a big day.  If Virginia decides to stretch Mizzell wider then Trumaine Washington and Shaq Wiggins will feel the pressure.

Canaan Severin is a 6’2, 205 lbs wide receiver who leads the team in receiving yards with 583 and 2nd in catches with 42.  But the next player other than Severin or Mizzell in receptions?  TJ Thorpe with 14 hauls on the season.  So there isn’t a lot of balance here at UVA in their offense.

No balance and it’s really an immobile QB a running back that is forced the ball on the ground and through the air, and one main threat at Wide Receiver. Louisville has been a Top 25 Louisville Defense for the last 6 seasons and thus, this is a recipe for disaster for Virginia.

I expect for the Louisville Defense to GO OFF in this game.  No less than 3 turnovers and another sub 300 yard offensive performance for a Louisville opponent.