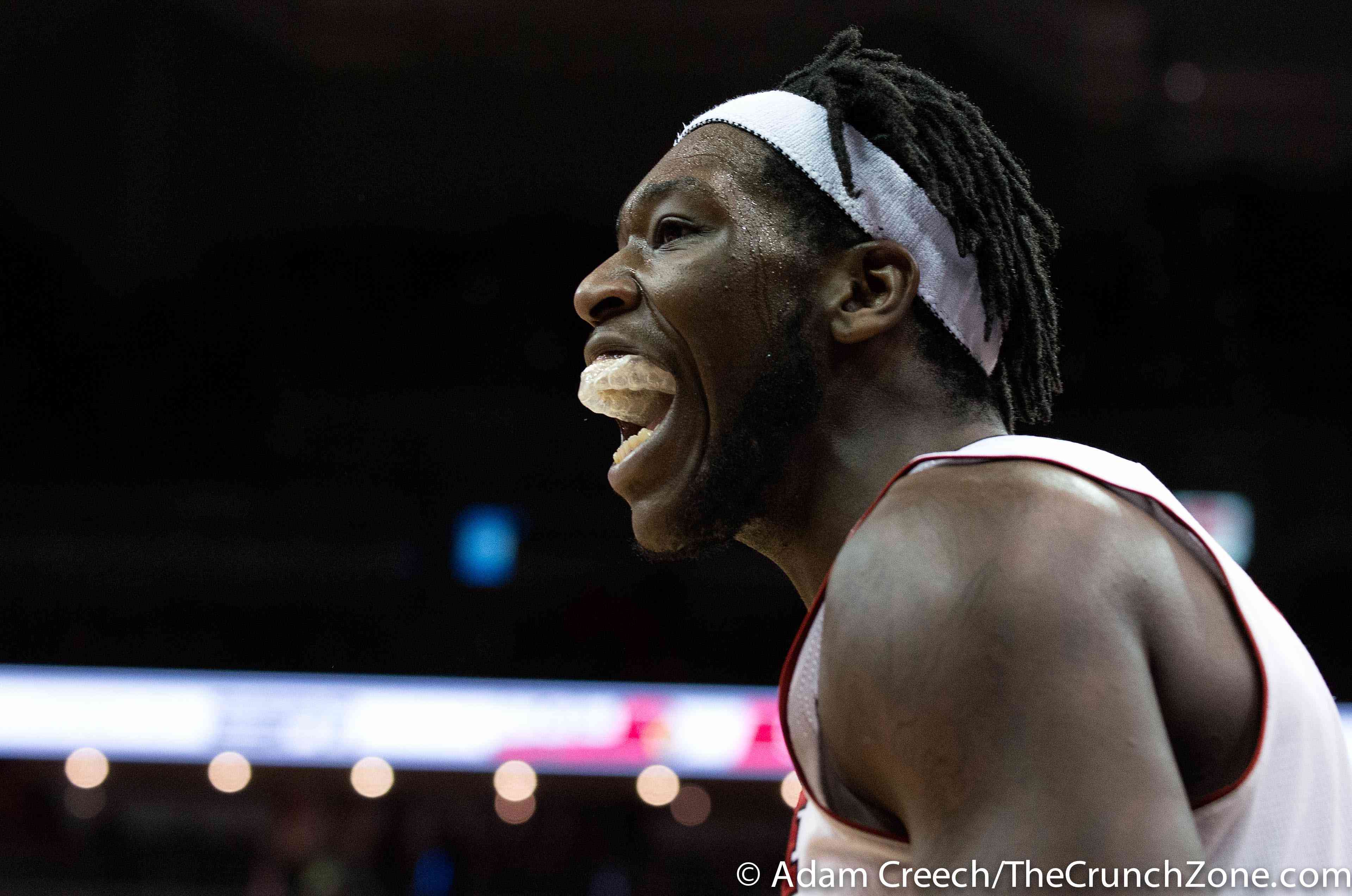 Montrezl Harrell shoved an official & the NBRA (National Basketball Referees Association) has asked for a suspension of the former Louisville Cardinal.

The incident occured while Harrell with the NBA’s D-League Rio Grande Valley was shoved by Derek Cooke, Jr. at the end of the game.  Due to the shove from Cooke there was space available for official Jason Goldenberg to get in between the two players.  It doesn’t appear that Harrell knew who he was pushing out of the way, but he has to know that is a ref and he can’t lose his cool like that.