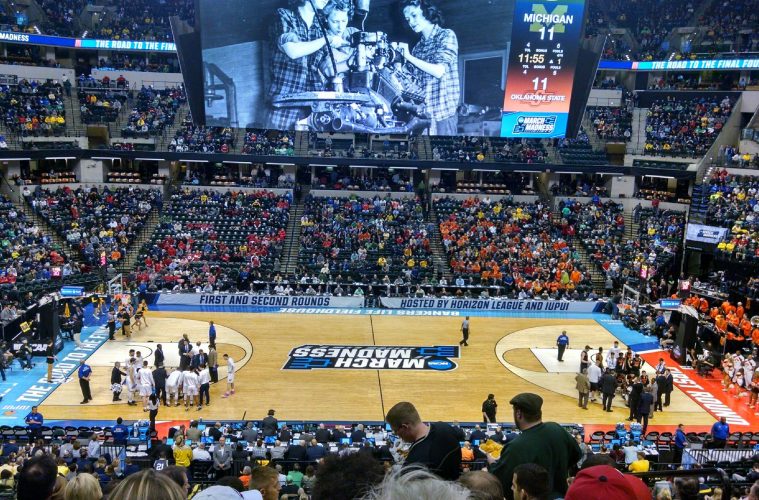 THE MODERATOR: We’ll begin with an opening statement with Coach Pitino, and then we’ll go to questions for anyone.

COACH PITINO: Thank you. First, I want to congratulate Jacksonville State. They never stopped. We had relentless pressure on them. They never stopped, kept staying in the game. Really happy for Ray because he did a terrific job in his first year. They have very good basketball players.

I was very impressed with Donovan Mitchell. I’ve been trying to get him to focus on other things other than scoring. If it’s not your night because you’re the main target to do other things. And tonight, he wasn’t necessarily on, but he had ten rebounds, five assists and three steals and a blocked shot. So, to me, he’s come a long way.

Normally, if he missed shots, he wouldn’t do that. That’s great. Mangok played great offense and tried to put Norbertas Giga in the NBA.

Q. Donovan, you had career high rebounds. You matched your career high in assists. Does that take the sting out of missing your first 11 shots?
DONOVAN MITCHELL: I guess. I mean, I wasn’t really focused on that. You know, Coach told me about maybe eight minutes left that the guys are — all five guys are keying in on me, so I kind of made it a point to jump stop in the lane and create points for my teammates. Once I started doing that, I started to get more comfortable. Realizing the games that we lost that I didn’t play well, I was forcing the issue and not really playing, doing other — excelling in other parts of my game.

So I made it a point to kind of go to the glass and get my teammates a shot and play great defense.

Q. Mangok, you’ve been very efficient your last five or six games scoring the basketball. Is that something you’ve been working on? A lot of people are surprised. You’ve been going over right and left shoulders, scoring, hitting free throws. Are you concentrating on that now?
MANGOK MATHIANG: Coach has made a big point of trying to go play inside-out. And it’s been working out pretty well for me. A lot of guys that are not expecting me to make a move in the post and going up and scoring.

I mean, it’s working out pretty well for me and for my teammates because I’m kicking that out as well.

Q. Mangok, second chance points today was 24 to 3. Do you have a sense that even if your shots weren’t going down that you would be able to keep getting offensive rebounds and eventually they would go in?
MANGOK MATHIANG: I mean, Coach, back to Coach again, he’s made a big point of us just crashing the glass offensively all the time, 90 percent of the time. It’s worked out a lot for us today. I wasn’t grabbing a lot of them, but I was tipping some of them out for our guards to actually give us a second chance.

A lot of it went in, and sometimes we turned the ball over. Every time we go to the glass offensively, it’s very hard to guard us.

Q. Coach Pitino, do you feel the shot selection was better in the second half or it’s better execution in the second half?
COACH PITINO: I thought the shot selection was good in the first half because the first four paint touches were pointblank range at the rim, and Jaylen and Mangok just missed it on pointblank range. One was a dunk, missed dunk. The other three that they normally make.

I mean, Mangok has come a long, long way. People don’t realize that he’s broken the same foot twice and been out a long, long time. About a month and a half ago, he started coming around and being the old Mangok where he drop steps both shoulders, goes up and under, does a lot of really good things.

Q. Coach, did you notice any sense of urgency going into this game after the loss to Duke?
COACH PITINO: You know what I’ve found? I don’t know why, but it happened to Villanova last night, when you’re a low seed, you come out a little tight because you’re supposed to win in the minds of everybody, and the players — you know, usually we don’t miss dunks in pointblank range. We didn’t guard the 3 well tonight, but they banked three of them in, and they made another 3 with one second on the clock.

So, you know, when they shoot 50 percent, go 10 for 19 from the 3 and you still win by 15, you have to take it. That being said, we’re playing against the Golden State Warriors on Sunday. So I’ve never seen — I watched the second half. I’ve never seen shooting like that since I’ve been a coach. It’s incredible the way they shoot the basketball.

And it looks like it’s going in the moment it leaves the hands, so it’s going to be a tough task for us.

Q. Coach Pitino, you answered my question. They had 15 shots and 36 points, almost 2.3 per possession. UCLA leads the country at 1.2. You’re going to have to guard them all. What are you going to do the next 48 hours to get your team ready for that kind of arsenal? It was unbelievable the second half.
COACH PITINO: It really was. When you have a great point guard, who you’ve got to contain and if you help, so — look, we know how good Michigan is. This is a very inexperienced team. We’re down two scholarships. Our backcourt’s a little thin. Show you how inexperienced we are, one of my players said there’s a lady in the huddle stealing our plays, Tracy Wilson. They thought she was giving it to the other team. I told Donovan, she’s not doing that.

No, it wasn’t him. But, look, we know what we’re in for. It will be the toughest second round matchup I’ve had since I’ve been in this business. They’re a great basketball team. I’ve seen them in person lose to my son.

But since that point, seeing them in person, they are an entirely different basketball team. And they’re lethal, and they’re on a great run right now. I think it will be a heck of a game.

Q. Coach, it looks like Kevin Keatts got the NC State job. Your thoughts on what he’ll do there.
COACH PITINO: Are you sure about that?

Q. Per ESPN’s Jeff Goodman.
COACH PITINO: Well, I spoke to him before I came over here, and at that point it wasn’t a done deal. So I don’t know what to say. Jeff is focusing in on that, but I spoke — when I left for the arena, it wasn’t a done deal. So maybe it got done. If it is, they’ve hired one helluva basketball coach because he’s absolutely great as a recruiter as well as a coach.

Q. Coach, you’ve gone up against John Beilein a couple times before. How does this year’s team compare to teams you’ve faced in the past?
COACH PITINO: I think it’s actually more than a couple. I don’t know how many times, but we’ve always had bizarre games. I’m not sure if he was at West Virginia when we won the Big East championship at that time, but then he had a group — talk about shooting, we had seven guys. Our seventh man, Otis George, had a stress fracture. We played no man. We couldn’t press the whole season. We just played two-three bumping zone, and his team made 11 3s before half. And his son made two from the logo in Albuquerque, from the Wolf.

And we actually — at halftime, we were fortunate enough to win in overtime. We played them in the Big East in the quarter semi-finals and finals. We played them in a great game in 2013. My respect for him as a basketball coach is off the charts. His teams are fun to watch, well coached, well drilled. He will turn it over. It’s going to be a heck of a game.

THE MODERATOR: Thanks, Coach.