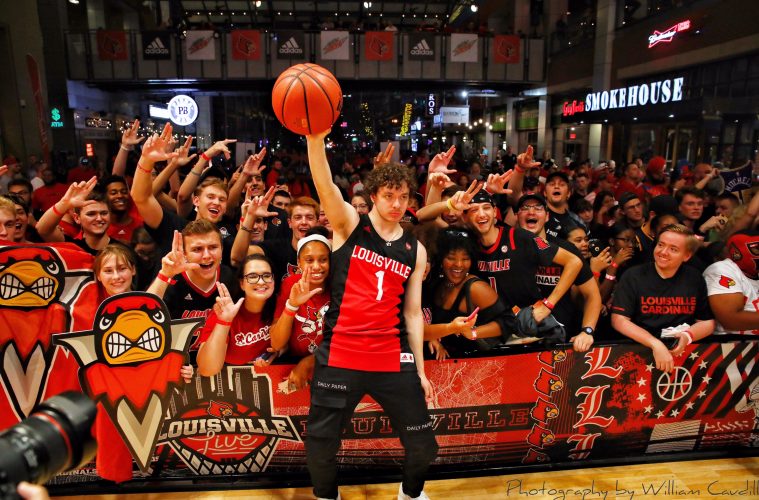 Tickets On Sale Thursday for Louisville Live! at Slugger Field

A basketball court will be placed on the edge of the infield at Louisville Slugger Field, home of the Louisville Bats, with multiple fan-centric team activities planned. In the spirit of Homecoming Weekend, many Louisville alumni from both teams are anticipated to return and engage in the evening. Additional information on the event will be released soon.

Gates open for the event at 7 p.m. with festivities scheduled to begin at 8 p.m. General admission tickets start at $15 and may be purchased beginning tomorrow, Thursday, Sept. 22 at 10 a.m. at GoCards.com/LouisvilleLive.

The event is free for UofL students, with additional information on claiming those tickets to be provided directly via email to all students.

This is the fourth iteration of Louisville Live and its third location within the city, following last year’s partnership with Churchill Downs and the legendary horse racing track. The first two installments of the event took place from Fourth Street Live! downtown.

This year’s Louisville Live will usher in a jam-packed Homecoming Weekend for UofL Athletics. The football program will also welcome Pitt on Saturday, Oct. 22, while the men’s basketball team will host a Red and White Scrimmage at the KFC Yum! Center on Sunday, Oct. 23. Additional details of that event are still to come.