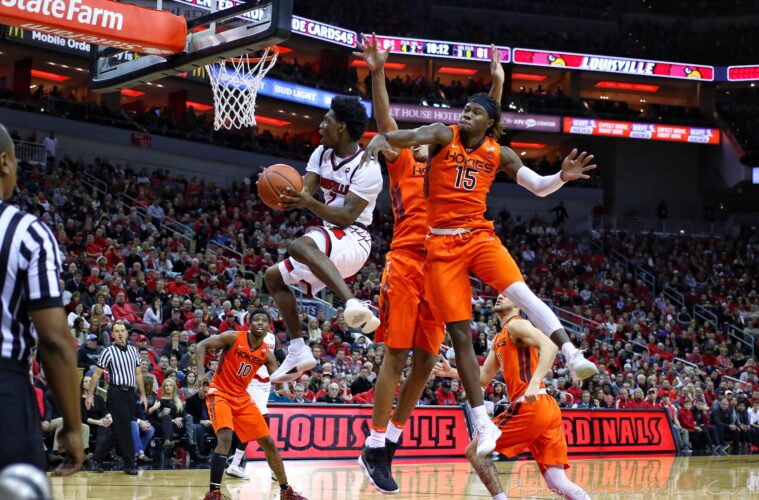 The Cards will take on the #11 ranked Virginia Tech Hokies tonight in Blacksburg, VA. It’s a quick turnaround to face another Top 15 opponent coming off a 10 point loss to the North Carolina Tar Heels on Saturday.

Va Tech owns wins over Purdue, Washington, Notre Dame, BC, GT, WF, Syracuse, Miami & NC State. Until recently it’s been fair to question the legitimacy of the Hokies being in the Top 15 of College’s Basketball’s polls and computer rankings……. but as time moves forward and they continue to play viable teams it’s clear why the voters and computers have liked Buzz Williams’ group thus far.

VT has lost to Penn State, Virginia, and North Carolina. They’ve proven tough to knock off. Kerry Blackshear continues to be a main cog for VT, but he’s joined with outstanding play by Guards Nickeli Alexander-Walker, Justin Robinson, Ty Outlaw and Ahmed Hill. Buzz Williams uses an 8-man rotation and the energy this team plays with MUST be matched or the Cards have no hope to avoid a 2nd loss in a row.