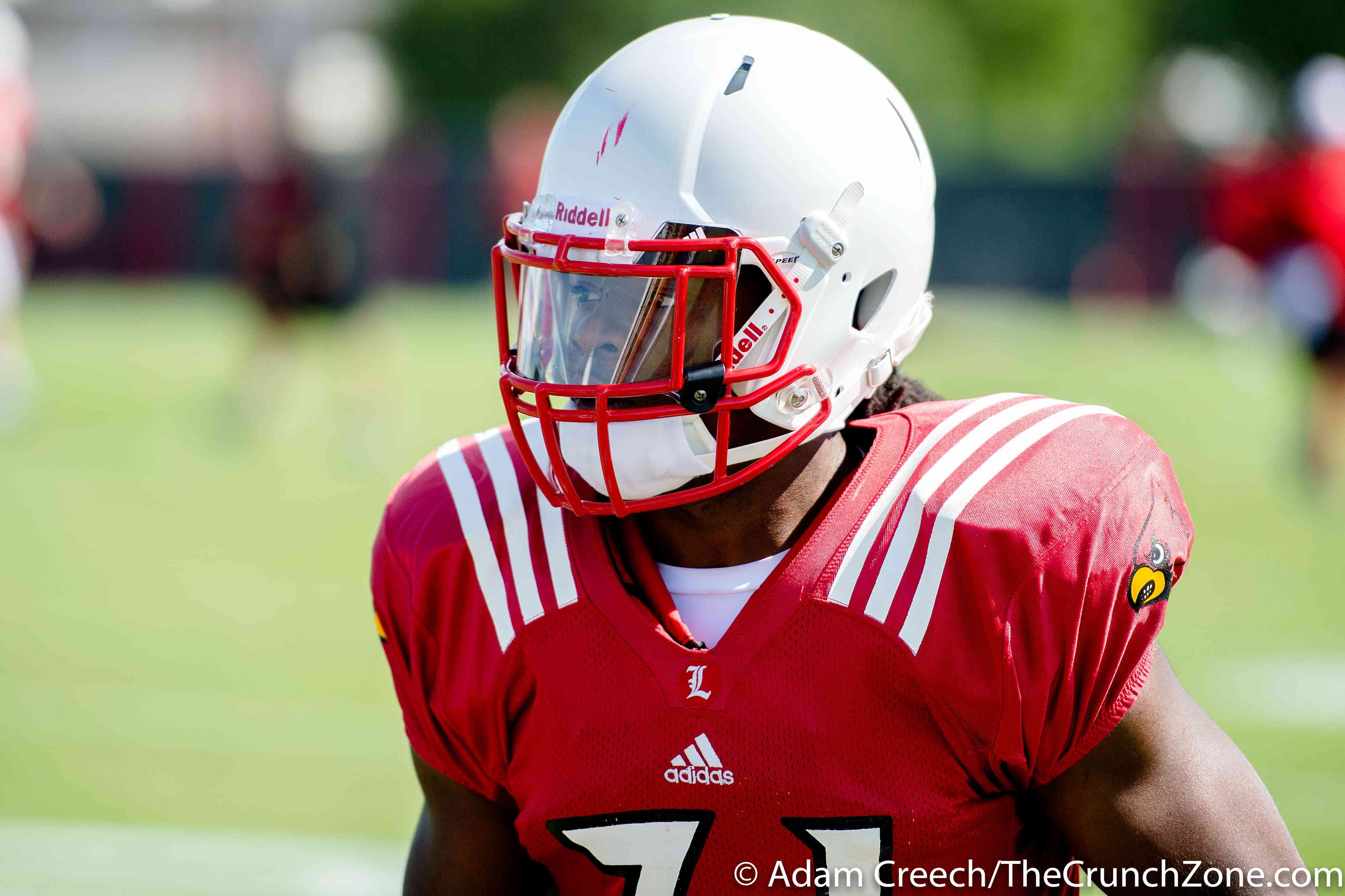 Louisville hit the practice fields for Day 1 of Spring Practice today. Our William Caudill was on the field taking pictures and sent over some observations.

-Kiola Mahoni out for Spring following finger surgery.  Khalil Hunter was 1st team Guard in his absence.  Lukayus McNeil was moved outside to tackle opposite of Geron Christian and Kenny Thomas inside to Guard.  Petrino said after practice that he wanted both players to learn both positions.

We don’t see McNeil & Thomas switching as a permanent move because Spring is a time to experiment. But we have stated several times that Kenny Thomas’ most natural position is probably at Guard.   Also we’ll continue to keep an eye on Chandler Jones who was with the #2 group.

-Lamar Jackson had some sharp moments despite a significant wind and the Cardinal Wide Receivers looked like the impressive group we thought they would be.  Still Chucky Williams and Josh Harvey-Clemons were able to snag INTs during 11 on 11.

-Todd Grantham went with his PESO defense with DeAngelo Brown, Johnny Richardson, and Drew Bailey upfront.  James Hearns & Jonathan Greenard were the starting OLBs with Fields & Young out for Spring.  Keith Kelsey & Stacy Thomas were the inside linebackers as expected.  In the secondary Trumaine Washington & Shaq Wiggins were the starting Corners with Harvey-Clemons & Chucky Williams were the safeties.   There were a lot of other players who mixed in with the 1s also during stretches.

-Alphonso Carter has moved to Cornerback

-Traveon Samuel worked some out of the backfield