Ranking the Toughest Divisions in the FBS

The rankings were comprised using the 2015 Preseason Rankings and running each team through their respective conference seasons. Win probabilities were accumulated to get the divisional contenders. 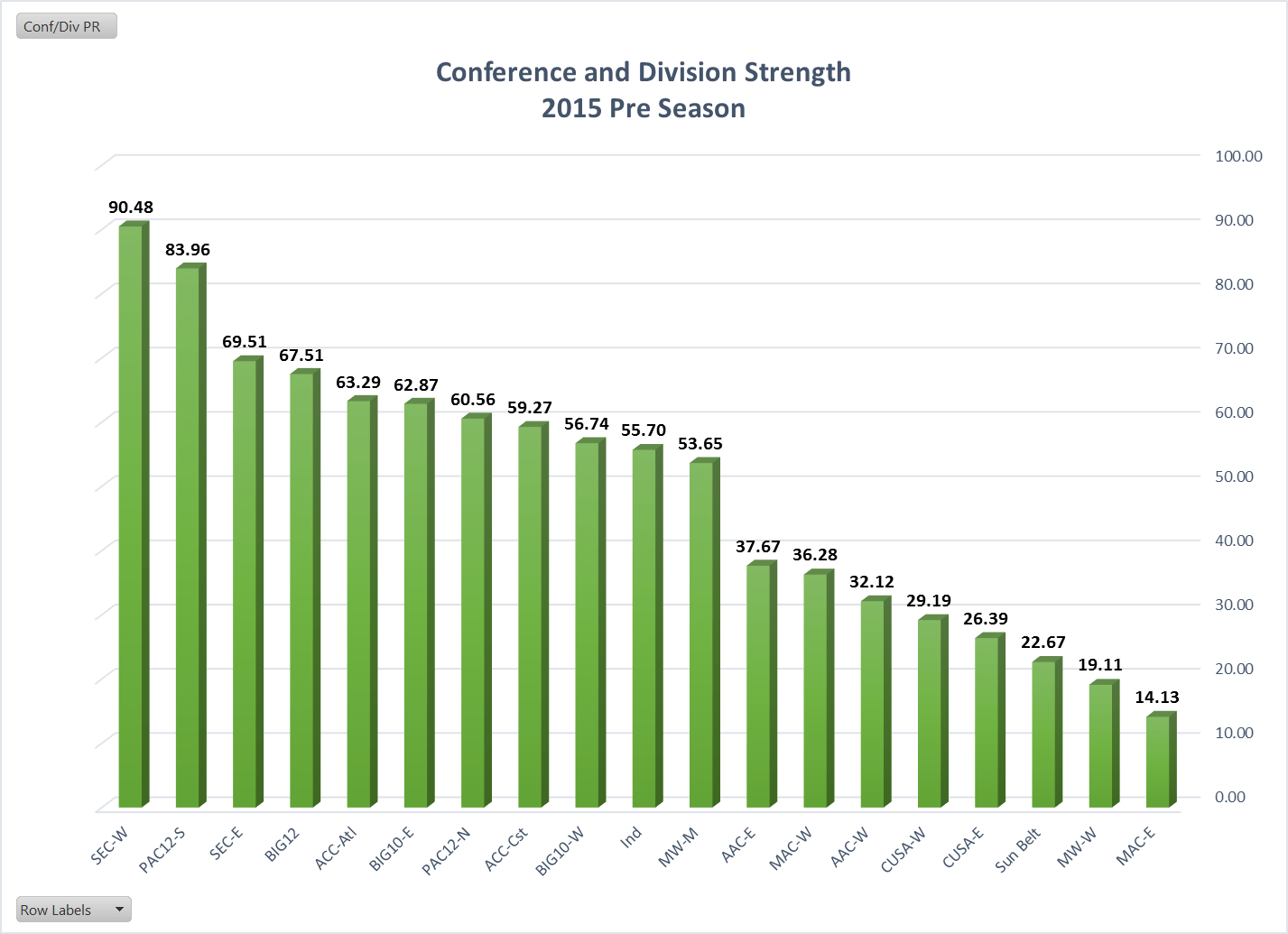 Easily the top 2 divisions will be the SEC-West and the Pac-12 South. In fact, a good chunk of the preseason top 25 will be from these two divisions. If a team can come out of these divisions undefeated, they will be one of the favorites to win the national championship.

The SEC-East, Big 12, and ACC-Atlantic round out the top 5. There is a large drop off from the top 2 divisions to the rest of the field; interestingly, two of the top nationally ranked teams, Oregon and Ohio State, are in the weaker of the divisional races and are heavy favorites to get back to their conference championship games. With strength of schedule being such a large issue in granting playoff berths, it will be interesting to see if there is any shift in the thinking of the committee.

The next in the series will provide some in depth probabilities of the contenders’ chances to win their divisions, their conference strength of schedules, and chances to make the playoffs.