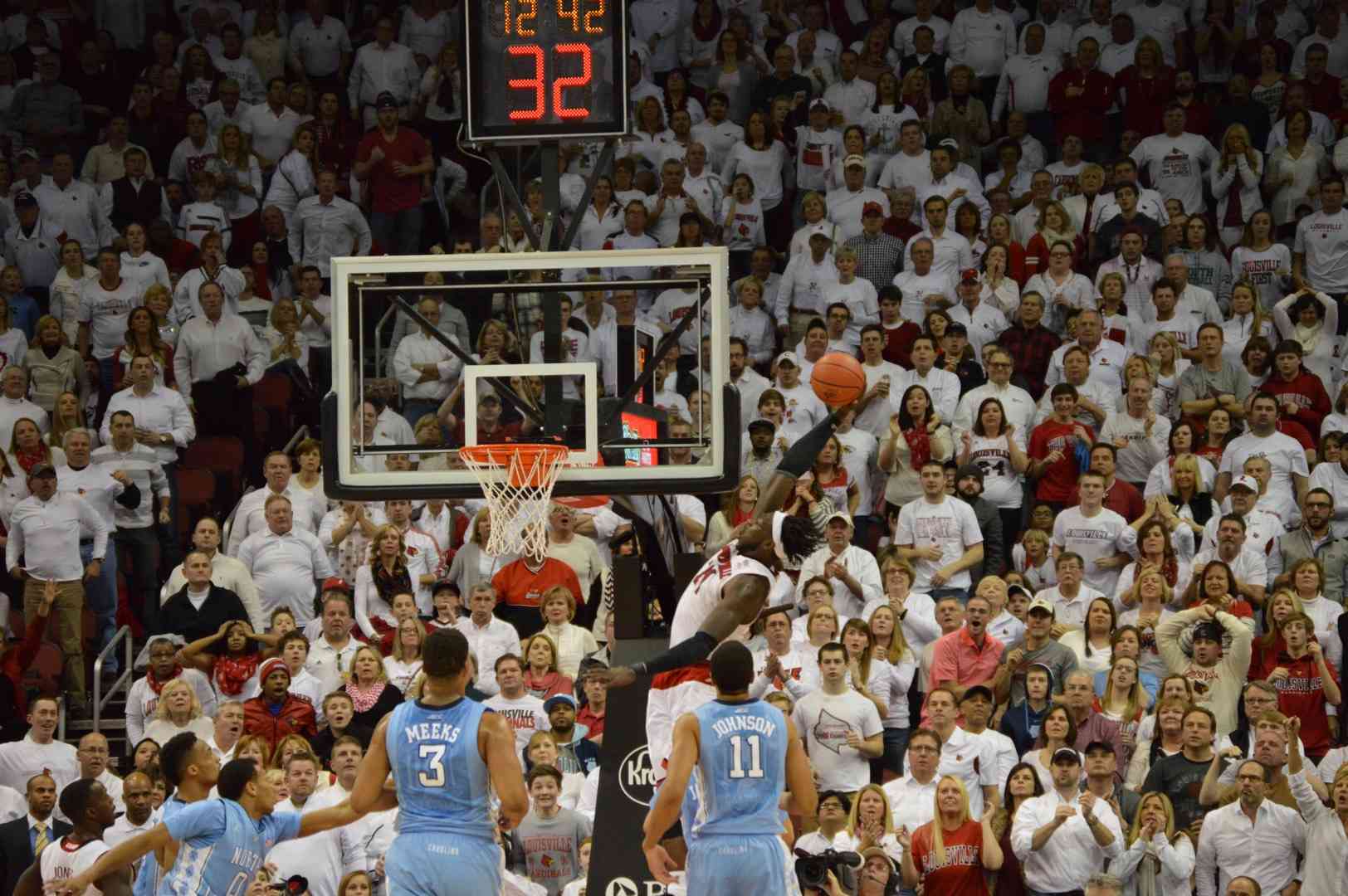 Virginia was able to really get Louisville out of its rhythm and frustrate the Cards on Saturday.  We talked about in our UVA preview that frustration was a part of the Cavalier’s plan and that only mentally tough teams were able to overcome that frustration……Louisville has to learn to overcome that especially if UofL hopes to do well in the ACC & NCAA Tournament in March.  The Cards will get another shot at UVA in the regular season finale but they’ll have every opportunity to learn the ability to GRIND when things aren’t going their way.

For now, North Carolina is THE COMPLETE OPPOSITE OF VIRGINIA.  The Tar Heels RUN RUN RUN RUN.  And that’s great news for the desired style of Louisville, but it’s bad news in the fact that UNC is the best team in the country and they are extremely well versed in a high-paced game.  Marcus Paige has DOOMED Louisville in the past and Brice Johnson & Kennedy Meeks have been no picnic either.

The Cards are going to have to GET BACK after misses and must calculate any full court pressure that they apply.  North Carolina loves to get up and down the floor.

The best thing UofL can do if figure out a way to keep Brice Johnson off the boards.  If the Cards can target Johnson with foul trouble in the 1st half that will go a long way.  Johnson is an ANIMAL on the glass and is a player of the year candidate.  Expect Pitino to rotate a series of bodies on him (Anas, Jaylen, and Ray) with the expectation that each player really makes the Tar Heels most important player work extremely hard.

Marcus Paige as we all know is clutch and Quentin Snider/Trey Lewis have their work cut out for them defensively.  The good news though, is that UNC does not defend anywhere even close to Virginia and the frustration aspect from Saturday shouldn’t carry over into Monday.

North Carolina’s biggest weakness is defending the 3-pointer.  UNC’s biggest advantage is scoring in the paint (mostly in transition).  Also the stats say that Louisville is the better rebounding team by a slight margin….but I’ll believe that when I see it as I expect UofL to get beat on the glass.

North Carolina will attempt to outscore Louisville and if the Cards have any frustration left from Saturday’s whipping vs. Virginia they can not win this one.  Louisville will have to find its grit and mental fortitude to beat UNC.  Unfortunately I think UofL will be better equipped for this type of game at the end of February rather than the beginning of it.  I see the Cards falling for the 2nd in a row as Rick Pitino finally gets the full attention of his team. Ultimately this stretch is the “”blessing in disguise” we always seem to point to when the Cards are making their run in the NCAA Tournament.

The 1st Game at UNC

The 2nd Game at Yum! Center

The 3rd Game in ACC Tournament

Cards build big 1st half lead only to lose it all before halftime and fall in 1st ever ACC Tournament game.