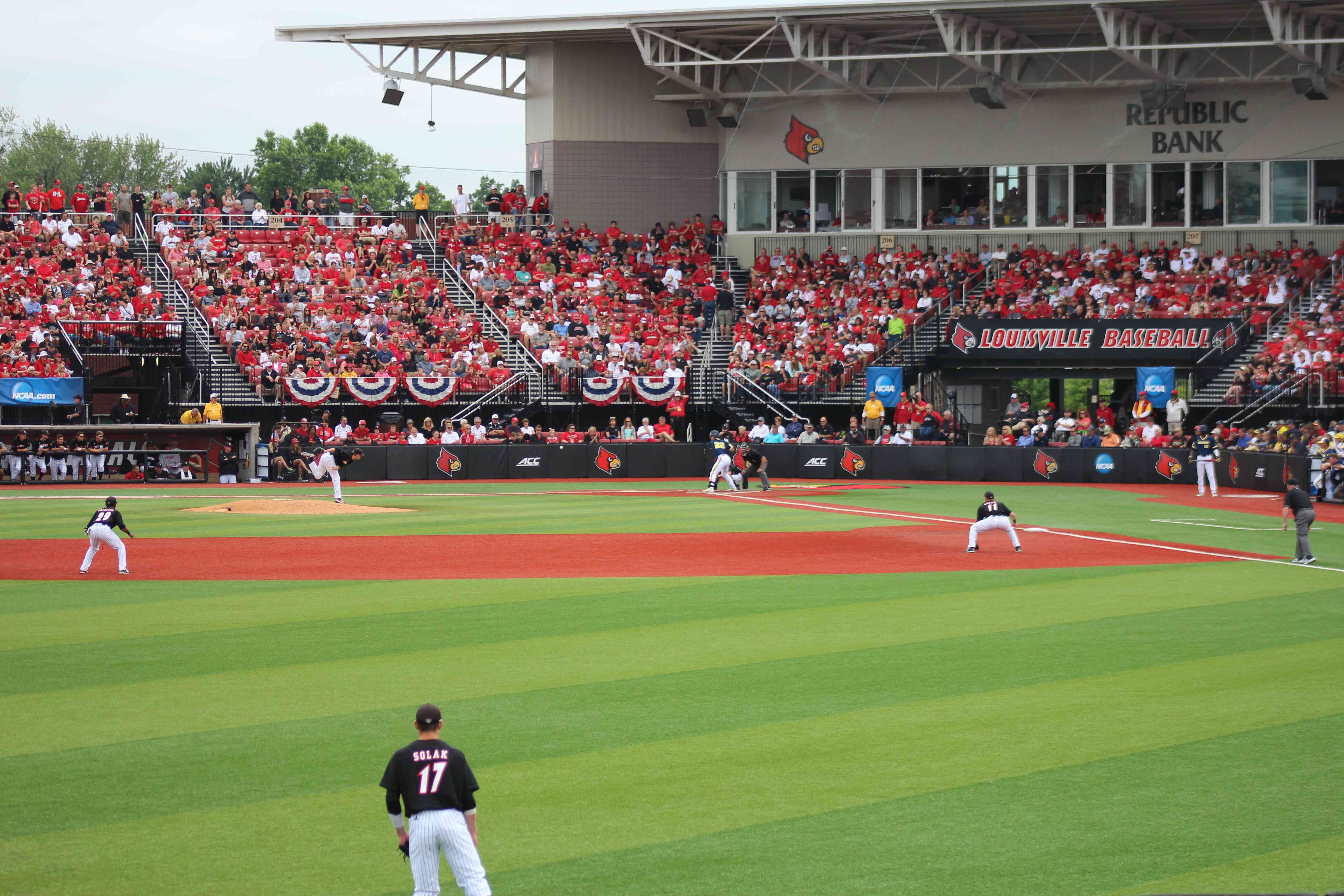 he No. 2 Louisville baseball team begins its highly anticipated 2016 season with a three-game series against SIU Edwardsville on Feb. 19-21 at Jim Patterson Stadium.

All three games will be televised by CardsTV at GoCards.com. Radio coverage of Friday’s opener (3 p.m., ET) will be provided by 1450 WXVW, while the final two games of the weekend (Saturday at 2 p.m., Sunday at 1 p.m.) will be aired on 93.9 The Ville. Live stats for all Louisville baseball games is available at GoCards.com.

Louisville returns an experienced, talented and deep roster of players from last year’s record-setting club, which won the ACC Atlantic Division title with the most league wins in conference history and advanced to an NCAA Super Regional for the third straight season. The Cardinals bring back more than 75 percent of their pitching starts, anchored by the 1-2 All-American punch of Kyle Funkhouser and Brendan McKay. The pitching staff also returns 83 percent of its relief innings. Offensively, the Cardinals return seven players who started 30 or more games last season, including the top three hitters in Corey Ray, Nick Solak and McKay, the reigning John Olerud Two-Way Player of the Year. Collectively, Louisville returns 78 percent of its runs driven in, 73 percent of its extra-base hits, 72 percent of its total hits and 70 percent of its runs scored from the 2015 team.

ABOUT THE COUGARS
SIU Edwardsville was 20-30 last season and finished third in the Ohio Valley Conference with a 19-11 league mark. Under the guidance of head coach Tony Stoecklin, entering his fourth season at the helm, the Cougars return 15 letterwinners from last year’s club, including all three weekend starters in the pitching staff. SIUE was picked to finish seventh in the OVC in 2016 by the league’s head coaches.

SERIES HISTORY
This weekend’s series will mark the first ever meetings between Louisville and SIU Edwardsville.

OPENING AT HOME FOR THE FIRST TIME SINCE 2010
This weekend’s series will mark the first time Louisville has opened a season at home since earning a three-game sweep against Bowling Green State in 2010. The Cardinals have opened each of the last six seasons by winning at least two of their three games during the opening weekend.

LOUISVILLE ENTERS 2016 WITH PROGRAM’S HIGHEST PRESEASON RANKING
The Cardinals enter the season as the unanimous choice as the nation’s No. 2-ranked team after landing in the second position in each of the six preseason national polls. The No. 2 ranking is the highest preseason ranking in program history for Louisville, two spots better than their previous preseason high of No. 4 by Baseball America during the 2013 College World Series season. The No. 2 ranking also equals the best overall ranking in history.

PLAYER NOTES AND TRENDS
• Corey Ray led the Cardinals in numerous offensive categories last season highlighted by his .325 average, 11 home runs, 56 RBI, 15 doubles, five triples and 34 stolen bases.
• Seven of Ray’s 11 home runs last season either tied the score or gave Louisville a lead.
• Kyle Funkhouser continued his climb up Louisville’s career pitching charts ranking second in wins (26), second in strikeouts (281), fourth in starts (41) and sixth in innings pitched (287.1). He also holds the school record for single season wins with 13 in 2014.
• As the first player in Dan McDonnell‘s nine seasons to start on the mound and play virtually every day as a position player/hitter, Brendan McKay was 9-3 with four saves, a 1.77 ERA and 117 strikeouts in 96.2 innings pitched. At the plate, he hit .308 with four home runs, 34 RBI, 32 runs scored and 38 walks in 58 starts as a hitter.
• Highlighted by a career-best 20-game hitting streak last season, Nick Solak was one of the team’s best offensive players hitting .324 average with a team-high 15 doubles, three home runs, 40 RBI, 47 runs scored and 18 stolen bases.

LOUISVILLE TABBED AS ACC FAVORITE BY CONFERENCE HEAD COACHES
Louisville was selected as the 2016 ACC preseason favorite in a vote of the conference’s 14 head coaches. The Cardinals were a unanimous selection as the team to beat in both the Atlantic Division and in the conference. Louisville, which set an ACC record for conference wins with a 25-5 mark last season, tallied 98 points while Florida State was the second choice in the division with 74 points. NC State was third (72) and was followed by Notre Dame (50), Clemson (46), Wake Forest (35) and Boston College (17). Miami, which reached the College World Series last year, was named by 13 coaches as the favorite in the Coastal Division. Defending national champion Virginia received one vote for first place in the division and was second with 80 points, followed by North Carolina (71), Georgia Tech (58), Duke (38), Virginia Tech (30), and Pitt (18).

BURDI, SMITH AND SOLAK NAMED TEAM CAPTAINS FOR 2016
Junior righthanded pitcher Zack Burdi, junior catcher Will Smith and junior infielder Nick Solak were chosen by Louisville players and coaches as team captains for the Cardinals baseball team in 2016. Burdi was a Third Team Louisville Slugger All-American and All-ACC First Team selection last season while earning a 6-1 record with nine saves and a 0.92 ERA in 20 relief appearances. Smith started 47 games behind the plate in 2015 hitting .242 with two home runs and 15 RBI. Solak emerged as one of Louisville’s top offensive players in 2015 hitting .324 with three home runs, 40 RBI, 15 doubles and 18 stolen bases while starting all 65 games.