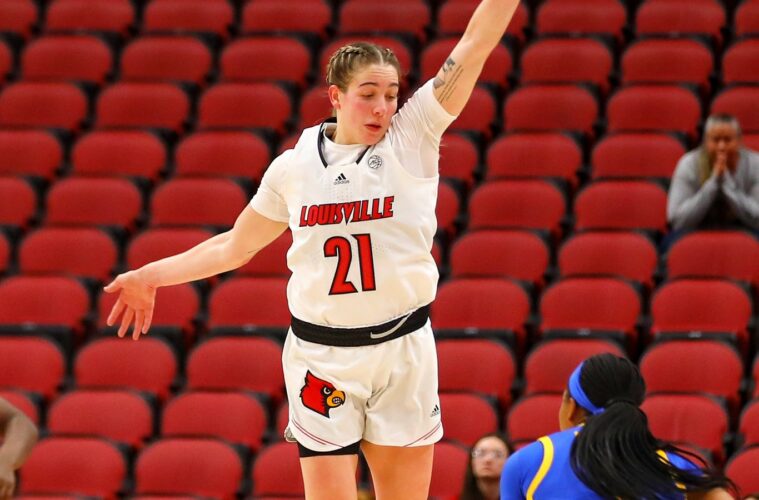 The No. 3 Louisville Cardinals moved to 3-0 in the ACC tonight after their 81-39 win over Pittsburgh.

The offense was off to a cold start through the first two minutes going 0-4, but they would soon find their way to a 40-13 halftime lead. Pittsburgh lacked on both ends of the court and allowed Louisville’s defense to do whatever they felt like doing through the first twenty minutes of play. The Cards forced Pitt into 24 first half turnovers and tallied 15 steals. Leading the way in the first half was Emily Engstler who despite a technical foul still padded her stat line with 12 points, 7 rebounds, and 5 steals. While the Cards held a comfortable lead at the half, it was clear they needed to regroup on the offensive end and stop missing shots that would give them easy points. Louisville was 8-16 on layups and I’m not blaming the Yum! Center rims for this one.

The second half was the perfect picture of your defense creating your offense. Louisville’s set defense proved how difficult it is to score against them and they held Pitt to just 39 total points. The Cards added 41 points to their total in the second half and scored 32 of their 81 total points off 35 Pitt turnovers. Yes, 35 Pitt turnovers. Hailey Van Lith and Emily Engstler led the team in scoring with 12 points each followed by Olivia Cochran who had 11 points. Peyton Verhulst and Chelsie Hall each had 10 points.

The No. 3 Cardinals are now 13-1 overall and 3-0 in the ACC. They’ll travel to Coral Gables this Sunday to face off against Miami at noon on the ACCN.