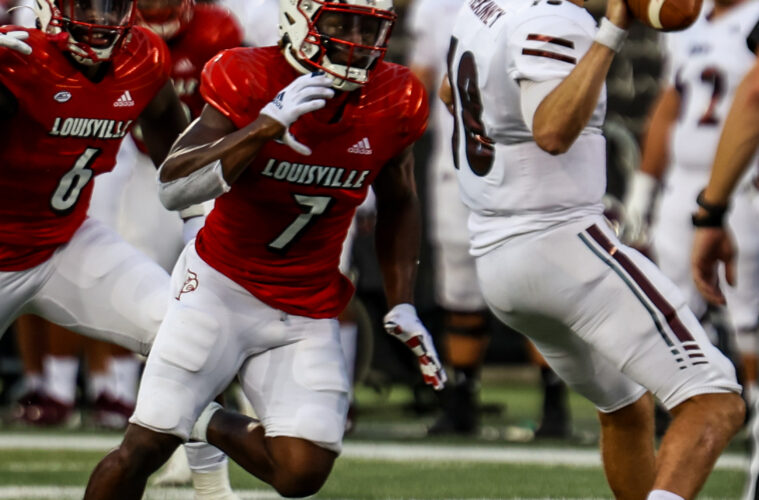 Monty Montgomery To Remainder Of Season

University of Louisville junior linebacker Monty Montgomery will miss the rest of the season after tearing the ACL in his right knee during the Cardinals’ 42-35 win over UCF last Friday night at Cardinal Stadium.

The Norcross, Ga., native was fourth on the team with 17 tackles after the first three games of the season. He’s led the Cardinals in sacks in each of the last two seasons after transferring in from Hutchinson Community College.

Freshman Jaylin Alderman will take Montgomery’s place in the starting lineup in the matchup with Florida State.