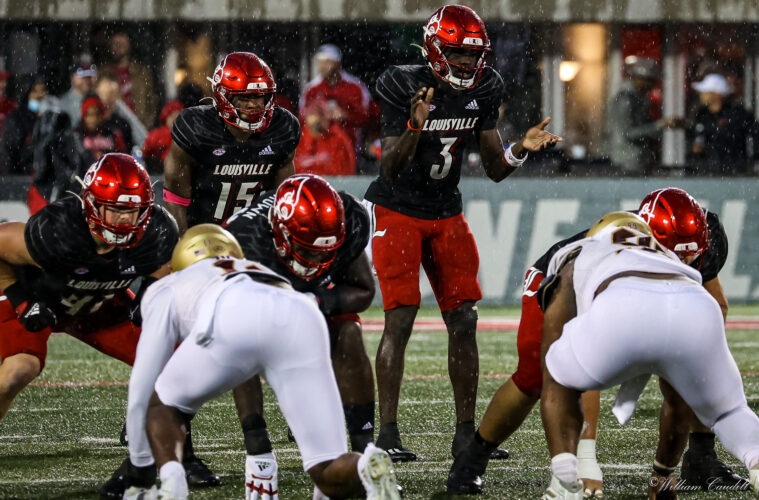 Cunningham is one of 30 of the nation’s top returning quarterbacks on the list.

Compiled by a subset of the Davey O’Brien National Selection Committee, this year’s list was selected based on career player performance and expectations heading into the 2020 college football season. All nominees are required to have previously started at least one game at an NCAA Division I institution. In keeping with the changing landscape of college athletics, new transfers were eligible to be included for the first time in the award’s history.

Cunningham, who was named the Most Valuable Player in the Music City Bowl, is coming off a strong sophomore campaign in 2019. He started 11 of 13 games at quarterback, throwing for 2,065 yards on 112-of-179 passing with 22 touchdowns to just five interceptions, also rushing 122 times for 482 yards and six touchdowns. He threw for over 200 yards in six games, including a career high 288 yards in a 41-39 victory over Boston College.

The native of Montgomery, Ala., set the school record for passing efficiency at 194.45 and would have finished second nationally, but didn’t have enough passing attempts to meet NCAA standards. He led the nation in passing yards per completion at 18.44 yards and was tops in passing completions of 70 and 80 yards.

Fourteen seniors, eight juniors and eight sophomores comprise the list. Among conferences, the SEC and Big 12 lead the way with five selections. It is the fourth straight year that the SEC has been atop the list. Other leagues with at least three members on the watch list are the Big Ten (4), ACC (4) and AAC (3). Nearly one-third of the quarterbacks are Texas products, as nine of the 30 played high school football in the state.

The Davey O’Brien National Quarterback Award is presented annually to the nation’s best college quarterback and is the oldest and most prestigious national quarterback award. Appearing on the preseason watch list is not a requirement for a player to win the award. This year, players who have been honored as weekly Davey O’Brien Great 8 recipients, as well as any additional quarterbacks approved by the selection subcommittee, will be added to form the final midseason watch list on Tuesday, Oct. 20

Sixteen semifinalists selected from the final watch list will be named on Tuesday, Nov. 10. The Foundation will announce the three finalists two weeks later (Tuesday, Nov. 24). The 2020 Davey O’Brien Award winner will be unveiled live on ESPN Thursday, Dec. 10, during The Home Depot College Football Awards.