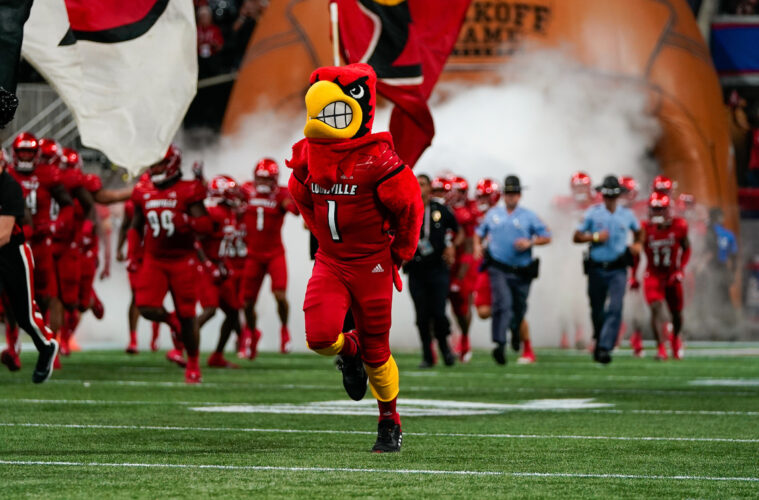 Former University of Louisville linebacker Tyrus McCloud, a two-time Conference USA Defensive Player of the Year, will have his No. 52 jersey honored at the Virginia game on Saturday afternoon at Cardinal Stadium.

It will be the 24th jersey to be celebrated in program history.

The Pompano Beach, Fla., native, played for the Cardinals from 1993-96 and led the team in tackles for three-straight seasons – one of only four players to hold that distinction. He was inducted into the UofL Hall of Fame in 2007.

McCloud was named the Conference USA Defensive Player of the Year and team co-captain in 1995 and 1996, while also earning All-American accolades in 1996.

Over his outstanding four-year career, McCloud totaled 403 tackles, which ranks seventh all-time in school history and his 36 tackles for loss still stands as the fifth most in school history.

During the 1996 season, McCloud was a third-team preseason All-American and was recognized as one of the top 10 inside linebackers in the nation. That season, McCloud recorded 144 tackles, 14 tackles for loss and four sacks to be named the Conference USA Defensive Player of the Year.

He opened the season with 21 tackles and four sacks versus Kentucky, and added 20 tackles against North Carolina and 18 versus Southern Miss.

McCloud was tabbed a second team All-American by Football News and Sporting News and also was a third team honoree by the Associated. He was a quarterfinalist for the Butkus Award, which was given to the top linebacker in the country and was also voted first team all-conference.

In 1995, McCloud was a first-team all-league selection and named to the Football News All-Independent Team and was also selected an honorable mention All-American by the same publication.  He led the team in both tackles (126) and tackles for loss (11) and added four sacks and a pair of interceptions.

As a sophomore in 1994, McCloud posted a team high 133 tackles and 11 tackles for loss, while also picking up a pair of interceptions and two sacks.

Following his stellar career at Louisville, McCloud was a fourth-round selection of the Baltimore Ravens, where he played for two seasons. He concluded his NFL career with 30 total tackles, including 22 during the 1998 season.