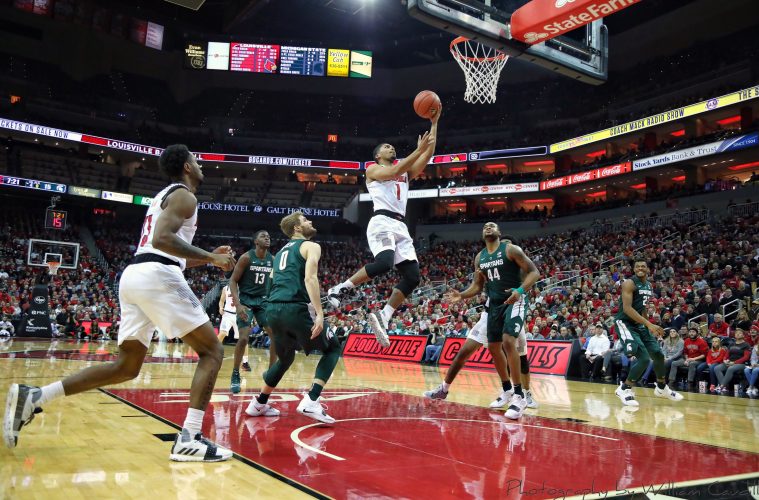 The University of Louisville men’s basketball team will play at Michigan State in the 23rd Annual Big Ten/ACC Challenge on Wednesday, Dec. 1 in East Lansing, Mich. Tip time and television network will be announced at a later date.

Ranked 24th in ESPN’s “Way Too Early” Top 25, Michigan State posted a 15-13 overall record a season ago, closing the regular season with wins in five of its last seven games. They earned a bid to their 23rd consecutive NCAA Tournament, extending the longest NCAA Tournament streak in Big Ten history. The Spartans faced eventual national semifinalist UCLA in the NCAA First Four, falling 86-80 in overtime.

The Cardinals are 6-5 all-time against Michigan State and 1-1 in the Big Ten/ACC Challenge. The two teams last squared off three years ago at the KFC Yum! Center. In that game, Ryan McMahon finished with a career-high 24 points and made two late free throws as Louisville upset No. 9 Michigan State, 82-78.

Louisville achieved a 13-7 record in a pandemic-shortened 2020-21 season as the Cardinals finished seventh in the ACC with one of the least experienced teams in the nation.  Louisville returns three of its top five scorers (five of its top eight), including front line starters Samuell Williamson and Jae’Lyn Withers.  Louisville has won at least eight league games for 15 straight seasons.  The Cardinals have posted 73 winning seasons over the last 76 years.  Louisville is one of only five schools to be ranked in the AP Top 25 poll at least once during each of the past 18 seasons (since 2002-03, excluding preseason polls) and the Cardinals have finished among the nation’s Top 25 teams in eight of the last 11 years.