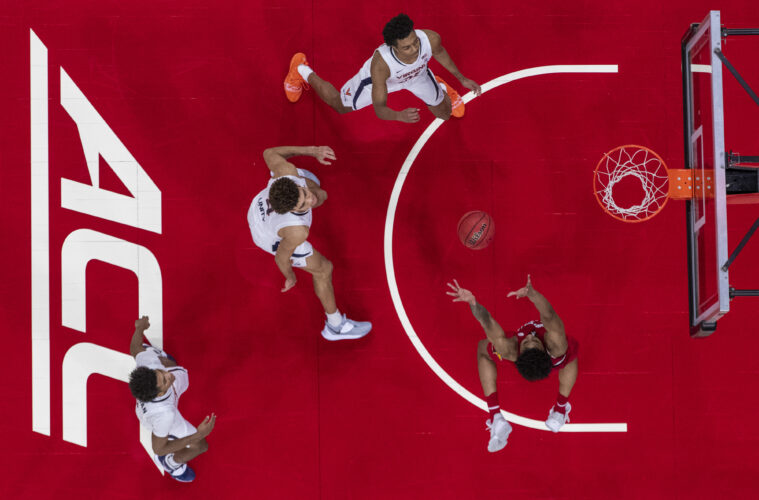 Additional game times and television designations have been added for the 2021-22 University of Louisville men’s basketball schedule.

Since the release of the Cardinals’ schedule on Sept. 16, game times and television designations have been added for nearly all games. Thirteen UofL game this season will be televised on one of the ESPN family of networks, including three games featured on ESPN’s Big Monday:  Jan. 24 at Virginia, Jan. 31 vs. North Carolina and Feb. 21 at North Carolina.

Eight of the Cardinals’ games will appear on ACC Network, the first of which is Nov. 15 against Navy.  Owned and operated by ESPN in partnership with the Atlantic Coast Conference, ACC Network (ACCN) is a 24/7 national network dedicated to ACC sports which launched on August 22, 2019.  An abundance of television providers may be found at GetACCN.com.

Four of the Cardinals’ first six games will originate on ACC Network Extra, a digital production available online to authenticated subscribers of the ACC Network through the ESPN app.

The game time and televising network for the Cardinals’ Dec. 18 game at Western Kentucky will be announced later.

Prior the start of the season, tickets are available for the Louisville Basketball Team 108 Tip-Off intrasquad scrimmage in the KFC Yum! Center on Oct. 16 at 1 p.m.  The event will offer the first public look at the 2021-22 men’s team in competition in a game setting.

Tickets, priced at $10 each for lower-level seating, are available online at Ticketmaster.com, or specifically at this link:  https://uofl.me/3EWMFRW.  Scrimmage tickets are available for UofL students at no charge. Students may obtain up to two tickets through their My Cardinals Account.

Season tickets for the Cardinals’ 18 men’s basketball home games in the KFC Yum! Center guarantee the best seating locations, allow access to the biggest matchups prior to the general public, and provide savings on a per game basis.  Season ticket packages, which start at just $325 and may be paid over an extended period, are available online at GoCards.com/MBBtickets.

Additional information is available by calling the UofL ticket office at 502-852-5151, emailing tickets@gocards.com, or by visiting the UofL Ticket Office, which is located on the third floor of the Swain Student Activities Center and is open weekdays between 9 a.m. to 4 p.m.  The KFC Yum! Center box office, located on the arena plaza, is open Monday, Wednesday and Friday from 10 a.m. to 4 p.m. Both offices are cashless.