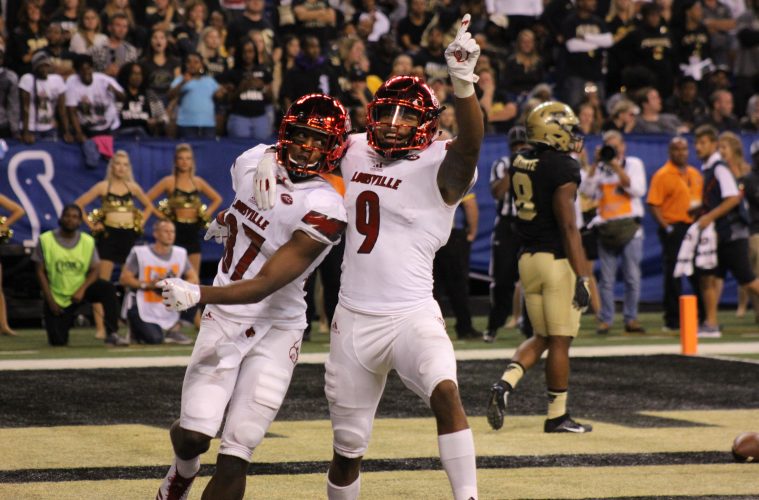 The Biletnikoff Award annually recognizes the outstanding receiver in college football. Any player, regardless of position (wide receiver, tight end, slot back and running back) who catches a pass is eligible for the award.

Smith, a senior from Pascagoula, Miss., earned first team all-ACC honors last season after leading the Cardinals with 60 receptions for 980 yards and seven scores. Despite missing three games with an injury, he finished third in the league in receiving yards and was ninth in receptions, while averaging 16.3 yards a reception.

A starter in 10 games, Smith registered a career-best four 100-yard receiving contests, establishing career highs with nine receptions for 183 yards and a touchdown in a 47-35 win over North Carolina.

Fitzpatrick, who hails from Farmington Hills, Mich., set the school’s freshman record for receiving touchdowns in a season with nine, while catching 45 passes for 699 yards.

The Waterford Mott High product was named an all-ACC honorable mention honoree after recording a pair of 100-yard receiving games. He caught a season-best 10 receptions for 134 yards in a loss at NC State, while following up with a seven-catch, 127-yard performance the following week versus Boston College.

The 2018 Biletnikoff Award winner will be presented live on Dec. 6 on The Home Depot College Football Awards presented by Gildan to be broadcast -9 p.m. (EST) on ESPN.

The Tallahassee Quarterback Club Foundation, Inc., will announce the ten Biletnikoff Award semifinalists on November 12, 2018, following the vote by the distinguished members of the Biletnikoff Award National Selection Committee. Likewise, the three finalists will be declared, following another vote, on Nov. 20.