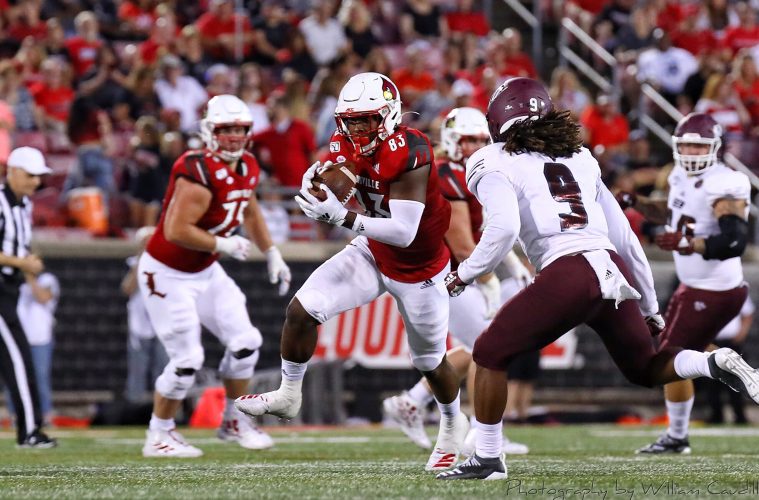 Domann, a 6-1, 225-pound signal caller, saw action in seven games last season at Independence Community College, completing 108 of his 190 passes and 10 touchdowns. For his efforts, he was named an NJCAA All-American Honorable Mention. Domann will have three years of eligibility remaining at Louisville.

For his high school career, Domann completed 62 percent of his passes for 4,192 yards and 51 touchdowns. On the ground, he rushed for 1,281 yards and 13 touchdowns and finished his career with three 100-yard rushing games and almost 6,000 all-purpose yards.

Domann transferred to Campbell University in 2019, but never saw game action. He played the 2018 campaign at Ventura College where he guided his squad to a Southern California Football Association championship, an 11-2 record and a CCCAA state championship game appearance. He finished the season with 1,568 yards passing and 14 touchdowns. He also had 580 rushing yards and seven touchdowns.

Franklin, a 5-10, 180-pound cornerback, comes to Louisville after one season at Iowa Western Community College where he was an NJCAA honorable mention All-American. He also spent one season at Buffalo, but never saw game action.

While at Iowa Western, Franklin played all eight games for the Reivers during the 2020 season, logging 16 tackles (13 solo), an interception and two pass breakups.

A native of Robins, Ga., Franklin recorded 44 tackles, four tackles for loss, 10 pass breakups and an interception his senior season where he was an honorable mention All-American, He finished his high school career with 165 tackles (5.2 tackles per game), three interceptions and a forced fumble.

Franklin joins the team this summer and also has three years of eligibility remaining.