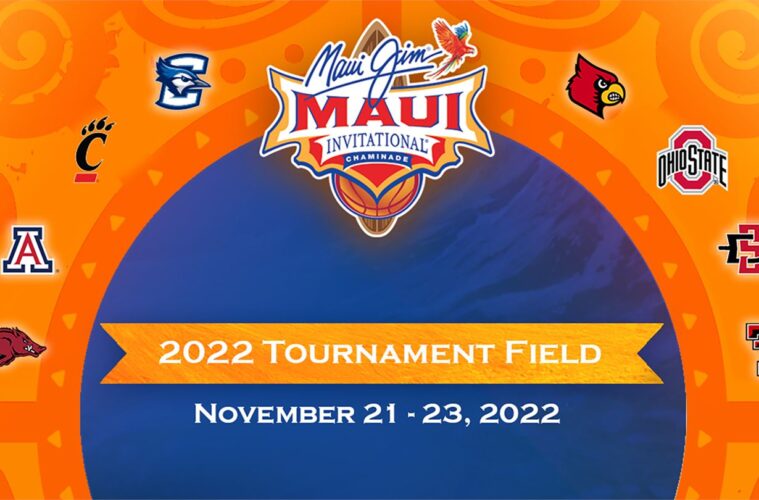 The Louisville men’s basketball team leaves home for the first time this season to compete in the Maui Jim Maui Invitational, starting against No. 9/10 Arkansas at 5 p.m. ET Monday in Lahaina, Maui, Hawaii.

The Cardinals have opened the season with three consecutive one-point losses to Bellarmine, Wright State and Appalachian State. Arkansas is 3-0 after beating North Dakota State, Fordham and South Dakota State at home.

Louisville is 4-3 all-time against the Razorbacks, including a 3-2 mark on neutral courts – four of them in the NCAA Tournament.

• Louisville is the first team since at least 1980 to lose its first three games of the season by one point each, according to ESPN Stats & Info. Including last year’s 51-50 loss to Virginia in the ACC Tournament, the Cardinals are the first team to lose four straight games overall by one point since Stetson in 1981-82.

• Per Ken Pomeroy, Louisville is 338th in the country in Division I experience with an average of 0.91 years.

• Through three games, the Cardinals have been outscored by a combined 113-92 in the first half, but have outscored their opponents 106-88 in the second half.

• Senior guard El Ellis’ 72 points are the most by a Louisville player in the first three games of a season since Wes Unseld had 101 points against Georgetown College (45), Kansas (20), and Northwestern (36) to open the 1967-68 season. Ellis is the first Cardinal to score at least 29 points in back-to-back games since Reece Gaines (current team video coordinator) did it against TCU and Marquette on March 6-7, 2002. Ellis was tied for eighth in the country in scoring (24 ppg) as of Saturday.

Reginald Delk scored 20 points in a reserve role to double his previous career high and sparked key surges in both halves, helping No. 20 Louisville open with a 96-66 victory over depleted Arkansas in the Hall of Fame Showcase.

Delk, who scored his 20 points in 22 minutes, had a pair of 3-pointers in the final 4 1/2 minutes of the first half as the Cardinals outscored Arkansas 20-5 and seemingly took control with a 48-31 cushion.

Arkansas scored 14 straight points to open the second half while Louisville was 0-for-6, cutting the deficit to 48-45. The Cardinals answered with 10 straight points, seven from Delk, and pulled away from there.