The Atlantic Coast Conference has announced the seedings and bracket for the 64th annual New York Life ACC Tournament, which will be played Tuesday through Saturday at Brooklyn’s Barclays Center.

Wednesday’s winners will advance to face the tournament’s four top seeded teams in Thursday’s quarterfinal round.

The 2017 New York Life ACC Tournament will culminate with a pair of semifinal games on Friday night and the championship game on Saturday evening. This year’s championship game is set for a primetime 9 p.m. start.

All 14 tournament games will be nationally televised on ESPN, ESPN2 or ESPNU and the ACC Network (ACCN). All games will also be available via WatchESPN and the ACC.com.

The full schedule for the 2017 New York Life ACC Tournament: 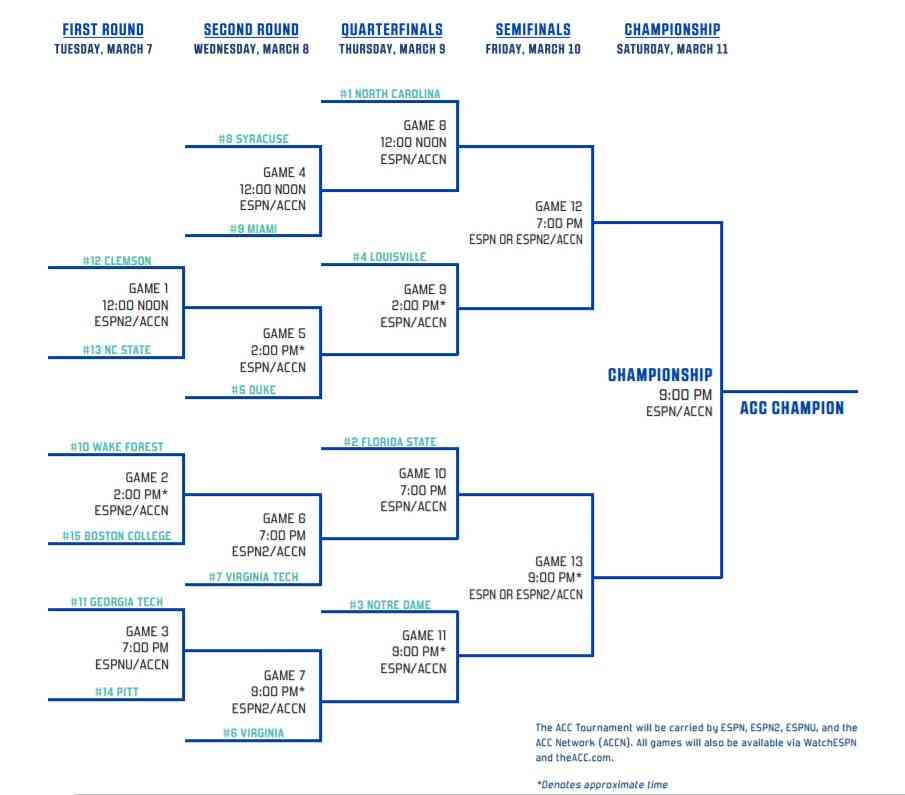