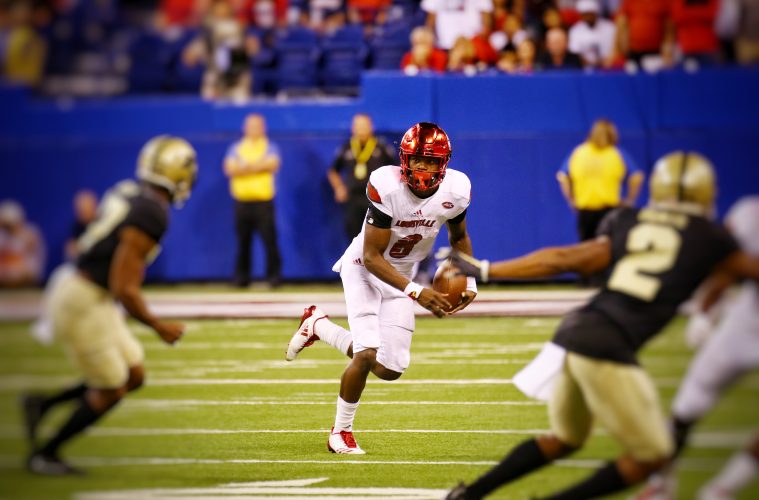 Lamar Jackson announced his intention to enter the 2018 NFL Draft on twitter on Friday morning. Lamar Jackson set numerous records at UofL both for a career and for single season. Lamar, like Teddy Bridgewater, threw an interception on his first ever collegiate pass and won the 2016 Heisman Trophy.

We wish Lamar Jackson nothing but the best in the 2018 Draft and throughout his NFL career. We hope Lamar comes home often to visit his statue at Papa John’s Cardinal Stadium.