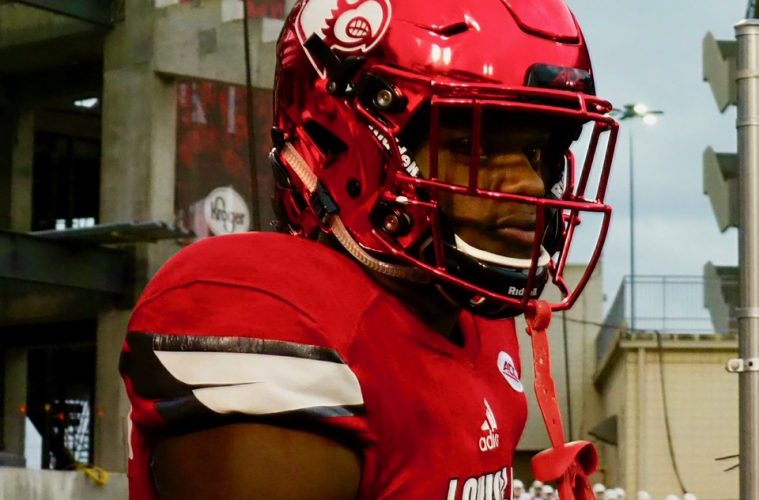 University of Louisville’s Lamar Jackson was named to a pair of All-America teams on Monday, earning second team honors by the Associated Press and the Football Writers Association of America (FWAA).

The native of Pompano Beach, Fla., was tabbed the AP Player of the Year and a first team honoree a year ago, while also securing first team accolades by the FWAA.

Jackson, who became the only player in the ACC’s 65-year history to be named the league’s player and offensive player of the year in consecutive seasons, finished third in the 2017 Heisman Trophy balloting on Saturday — the best finish by a returning winner since Tim Tebow of Florida in 2008.

This year, Jackson leads the nation in total offense with 4,932 yards and is on pace to set ACC season and career records for total yards per game. He has been responsible for 116 career touchdowns, tying Clemson’s Deshaun Watson (2014-16) for second on the ACC’s all-time list.

Jackson has thrown for 3,489 yards and 25 touchdowns this season, passing for over 300 yards six times in 2017. In three seasons at Louisville, Jackson ranks fourth in school history with 8,872 career passing yards, overtaking Miami’s Jacory Harris (2008-11) for 18th on the ACC’s career list.

The Pompano Beach, Fla., native ranks seventh in NCAA history for rushing yards by a quarterback with 3,974 and needs just 26 yards to become the seventh quarterback to rush for 4,000 yards in a career.

With 372 total yards and two touchdowns last week at Kentucky, Jackson broke his own Louisville record with his 12th game this season with 300 yards of total offense.

Earlier this season, the ACC’s three-time Back of the Week became the first player in NCAA history to rush for over 1,000 yards and pass for over 3,000 in consecutive seasons. He needs 26 rushing yards and 126 yards passing to become the second player in the NCAA record book to run for 4,000 and pass for 9,000 yards in a career.

The Cardinals will take on Mississippi State in the TaxSlayer Bowl in Jacksonville, Fla., on Dec. 30.