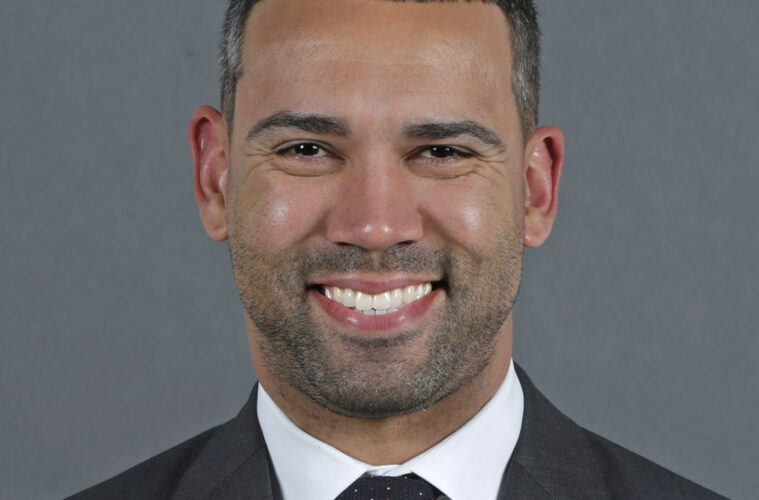 LOUISVILLE, Ky. — Kahil Fennell, who has served as the University of Louisville’s Director of Basketball Operations for the past three seasons, has been elevated to assistant men’s basketball coach on Head Coach Chris Mack’s staff.

“Kahil has been a tremendous asset to our program for the first three years of our tenure in his previous role as the Director of Basketball Operations,” said Mack.  “He has proven himself to be an extremely hard worker and well-connected with our student-athletes. Having him as a coach on the floor and in the recruiting position will do nothing but add to our program in the years to come.”

“I am honored and grateful for the opportunity provided me by Coach Mack, Josh Heird and Vince Tyra to be named as an assistant coach for one of the greatest basketball programs in the country — the University of Louisville,” said Fennell.  “I look forward to contributing to the storied tradition of Cardinal Basketball and am excited to compete for championships in the future.”

Fennell (name pronounced kuh-HILL fe-NELL) has helped Louisville achieve a combined 57-28 record over the last three years, including a 13-7 record in a COVID-19-shortened season in 2020-21 as the Cardinals finished seventh in the ACC with one of the least experienced teams in the nation.  Louisville produced a 33-18 ACC record over the last three seasons, similar to its first three years in the conference (36-18, 2014-17).

In his second season with the Cardinals, UofL tied for second in the ACC while posting a 24-7 overall record in the COVID-19 shortened season. It marked Louisville’s 18th consecutive 20-win season, a feat accomplished by only five teams.  In his first year on the UofL staff in 2018-19, the Cardinals posted a 20-14 record while advancing to the NCAA Tournament against the nation’s fourth-toughest schedule.  UofL beat four AP Top 25 teams and finished in a tie for sixth in the ACC when the Cardinals had been picked11th in the preseason with just one returning starter.

Fennell joined UofL in April 2018 after serving a year as an assistant men’s basketball coach at Portland State.  In his season there in 2017-18, the Vikings produced a 20-14 record, their most wins in 10 years and their third-most wins in 22 years in the Big Sky Conference. Portland State’s 10 road wins in head coach Barret Peery’s first season were the most in school history and the Vikings earned a berth in the CollegeInsider.com postseason tournament. Portland State led the nation in turnover margin (+5.4) and ranked second in steals (9.8 per game) and third in scoring (85.2 points per game).  Fennell worked with the point guards at Portland State, where he helped develop Big Sky Conference Freshman of the Year and two time All Big Sky Conference performer Holland Woods.

Prior to his year at Portland State, Fennell spent two seasons coaching at Texas-Permian Basin. He was assistant coach in 2015-16 at the Division II program before his elevation to associate head coach of the Falcons in 2016-17. The Falcons were conference regular season and tournament champions in 2016-17, setting a school record with 26 victories and earning the school’s first-ever NCAA Tournament berth. UTPB led the nation in rebounding and ranked 12th in scoring that season.  Fennell helped in the recruitment and coached four All-Lone Star Conference players, including two-time Lone Star Conference Player of the Year Daeshon Francis, who attained Division II All-America honors.

Fennell attended Thousand Oaks (Calif.) High School where he was an all-league basketball player and team captain. Fennell played one season of junior college basketball at Penn State New Kensington before moving from there to play three years at the University of the Redlands, where he was team captain.

Fennell earned a degree in history from Redlands in 2004. He worked in the medical device industry for 10 years before transitioning into coaching. Fennell and his wife Sarah have two sons, Ezra (7) and Koa (6).