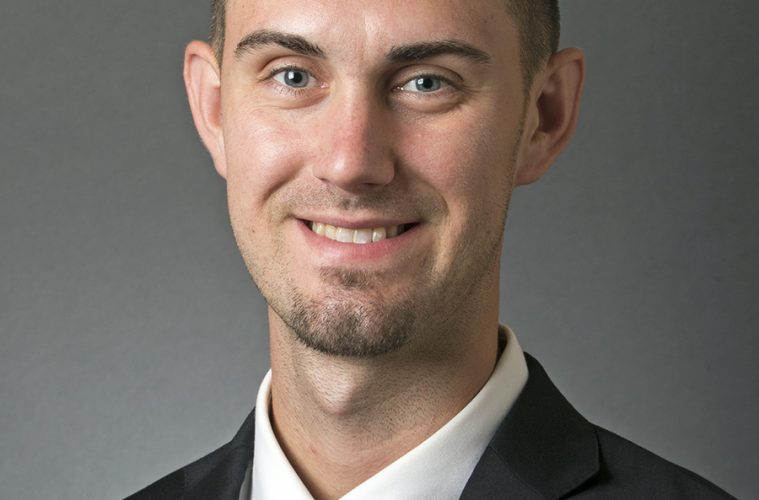 Jordan Fair, a program assistant for the past year on the University of Louisville men’s basketball staff, has been named as an assistant coach on head coach Rick Pitino’s staff.

“I first came across Jordan while recruiting some of his players at Oldsmar,” said Pitino.  “I was extremely impressed with his practice, his organizational skills and the way he related to his players.  We’re excited to have him replace Mike Balado and be a part of our staff.  I’m very, very confident that he will do an outstanding job in recruiting as well as in scouting, preparation and coaching.”

Over the last year as a program assistant at UofL, his primary duties included assisting in opponent scouting through extensive video breakdowns, game preparation and assisting in on-campus recruiting efforts.

Fair joined the UofL staff after four years as the head boys coach at Oldsmar Christian School (2012-16) in Tampa, Fla., his alma mater where he guided his squad to a 115-32 four-year record, won two Sunshine Independent Athletic Association high school conference championships (2015, 2016) and was honored as conference coach of the year in 2015.

Oldsmar Christian ranked as high as ninth nationally during his four years, reached the state championship game in 2016 and 20 of his players signed college scholarships, including 17 with NCAA Division I schools.  He coached in the Under Armour Elite 24 game and had a player selected to the 2015 McDonald’s All-America game.  Under his guidance, Oldsmar Christian became the only program in the Tampa Bay Area to ever be nationally ranked two consecutive years (2015, 2016).

Fair was the associate boys basketball coach for one year at Faith Baptist High School (2011-12) in Brandon, Fla. and an assistant coach for one year at Oldsmar Christian School (2010-11).  He has worked with collegiate and professional basketball players as a skill developer, has directed camps and served as a collegiate and high school camp counselor.

Fair played one year each at the University of North Florida (2008-09) and Lee University (2009-10).  He was a four-year starter at point guard for Oldsmar Christian and his 2007 Team Breakdown AAU squad won the 17U AAU national championship.

Fair earned a bachelor’s degree in interdisciplinary studies at St. Petersburg College in Clearwater, Fla. in 2013.  He replaces Mike Balado, who left to become the head coach at Arkansas State University.  Balado is the 30th former Pitino assistant coach or player to rise to a collegiate head coaching position.