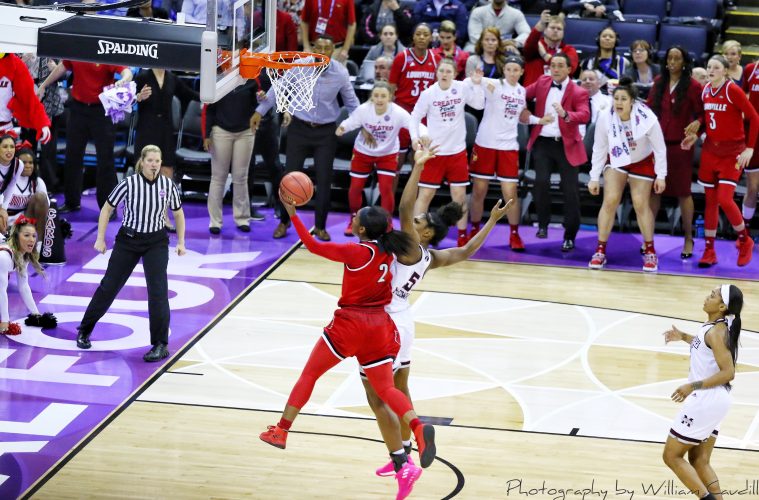 Jeff Walz Reprimanded by NCAA For Conduct During NCAA Semifinal

Specifically, Walz directed inappropriate comments and profane language toward committee members and NCAA staff seated at the scorer’s table during the team’s semifinal loss to Mississippi State on March 30.

In addition to a public reprimand, Walz has been issued a one-game NCAA postseason championship suspension, which will be served at the next NCAA postseason opportunity, regardless of which school Walz represents. The committee also will withhold Walz’s Women’s Final Four per diem allowance.

When considering the incident, the Division I Women’s Basketball Committee noted that Walz has been reprimanded multiple times in the past, including in 2011 for similar behavior, and the committee has decided to apply a stronger penalty to discourage future misconduct.

“The committee actively encourages coaches and student-athletes to display good sportsmanship throughout the season and during the championship,” said Rhonda Lundin Bennett, chair of the NCAA Division I Women’s Basketball Committee and senior associate athletics director and senior woman administrator at Nevada. “The committee agreed that coach Walz’s conduct did not meet acceptable standards and has no place in the sport or the women’s basketball championship.”

“I had the opportunity to speak with Coach Walz at length and following our conversation have a clear understanding of the issue from both Coach and the NCAA’s perspective. Coach Walz’s intensity on the sideline is one of his most endearing qualities, but following our discussion, we both acknowledged that his behavior during the national semifinal game was not acceptable and is not how we want to represent the University of Louisville. I appreciate Coach’s cooperation resolving this matter and fully anticipate that he will adhere to championship policies, sportsmanship and conduct expectations in the future.”

“In the national semifinal game, I used some inappropriate language as I expressed my frustration toward the scorer’s table about the officiating. I realize that these comments are not acceptable, did not represent the University of Louisville in the best light, and I apologize for my actions. I will be more mindful in expressing my emotions going forward. My staff and I are looking forward to another successful run next season.“