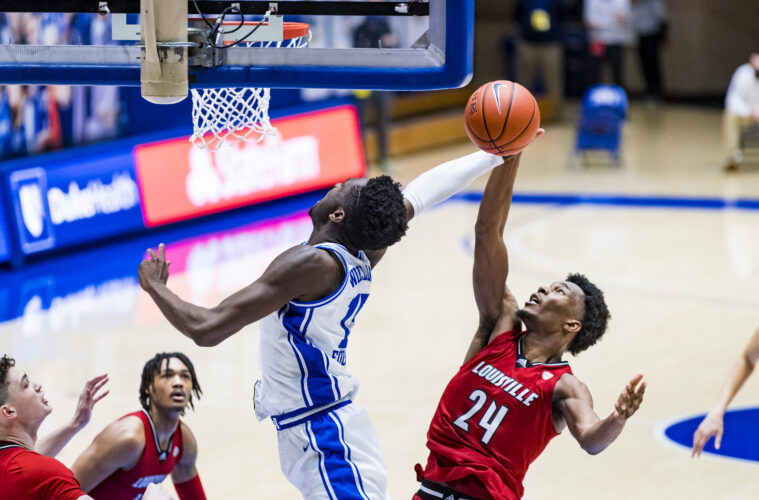 University of Louisville forward Jae’Lyn Withers has been named ACC Co-Freshman of the Week for games Feb. 22-28.  He shared the honor with North Carolina forward/center Walker Kessler.

In a pair of victories for the Cardinals last week, Withers averaged 14 points, 11 rebounds and shot 52.4 percent from the field.  He

produced his third double-double of the season with 12 points and a career-high 13 rebounds against Notre Dame on Feb. 23.  All three of his double-doubles have been in ACC games.

Withers totaled 16 points and nine rebounds at Duke, his ninth game this season with nine or more rebounds. His offensive rebound with 10 seconds remaining in regulation at Duke preserved the Cardinals’ possession and the game went to overtime.

-As UofL’s starting forward/center, he leads the Cardinals in rebounding and is tied for the ACC lead among freshman (8.0 rpg, tied for fifth in the ACC), averaging 10.2 points while shooting a team-best 57.5 percent from the field. He has at least seven points and five rebounds in 13 of 18 games this season.

Louisville freshman Dre Davis earned ACC Freshman of the Week honors in the second week of the season on Dec. 7.