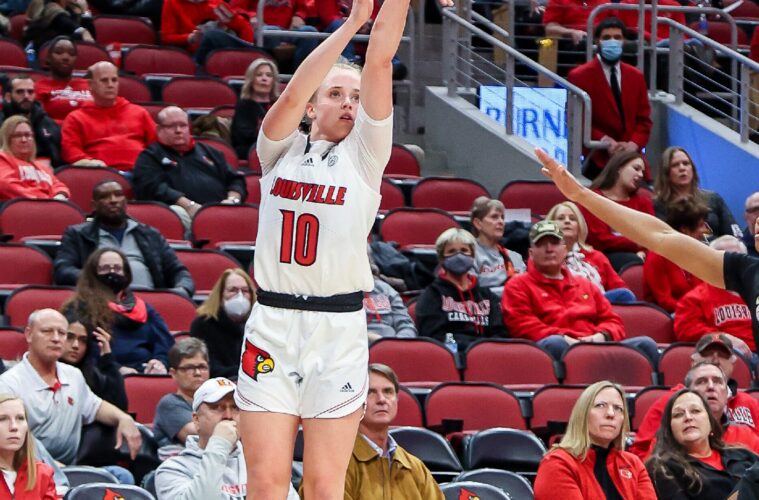 Louisville has won its 20th game of the season after defeating Clemson 93-71. This is the 12th season in a row the Cards have won 20 or more games.

The Cards put on an offensive performance tonight when they put 93 on the board and they were led by shining star, Hailey Van Lith. She set a new career high with 34 points; her previous career high was 24. Hailey went 13-16 and was a perfect 6-6 from behind the arch. As beautiful as that was, she wasn’t the only one setting career highs. Kianna Smith had a career high 8 assists for Louisville tonight to go along with her 8 points scored.

Liz Dixon and Emily Engstler were also in double-digit scoring tonight with 12 and 10 points, respectively. The team was 58.2% from the field and 50% from the three-point line and dominated in the paint with 46 points. Louisville also saw an improvement in layups going 22-28. Defensively the Cards gave up 71 points but still had 11 steals and 4 blocks, as well as 19 points off 17 Clemson turnovers.

Louisville will travel to Syracuse this Sunday for a noon tip-off before heading back home next week.