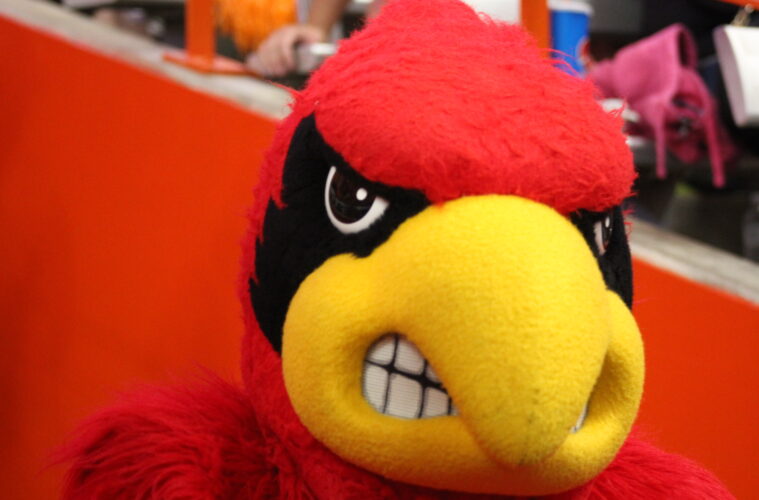 That’s the number of sacks that Syracuse has given up on the season. That’s perhaps the most impressive statistic when it comes to evaluating this Syracuse team. The Orange didn’t even give up a sack against Notre Dame last week. This week, a highly contested topic has been the debate of how good Louisville’s defense truly is. They’ve been absolutely dominate, so dominate that they rank in the Top 20 of every statistical defensive category (#1 in interceptions and rush defense). However, they haven’t really faced much of challenge. That’s gonna change in a big way in this upcoming month, a good primer will be Syracuse.

Syracuse is not an offense that is going to wow you. They’ve been very average on the season, in fact. But it does appear that their offensive line will certainly test the talented pass rushers of Louisville. If the Cardinals do record multiple sacks against Syracuse, it’ll serve as another true testament to how good this defense is. That question will receive an even more direct answer the weekend after, when Louisville faces off against Clemson, who have been one of the most explosive offenses in the Country.

That’s the number of Syracuse turnovers on the season. That’s it. For all of the Syracuse struggles as a team, one thing they have done well is hold onto the ball. On the other side the Louisville defense is easily leading the Country in an interceptions. If that wasn’t the case, you could easily make the argument that Louisville’s record may be different. As has been the story for the most of the season, the Louisville offense has sorely leaned on the defense. They’ve coughed up the ball nine times on the season, already surpassing their season total for last season. In return, the defense has forced 13 turnovers.

Sure, I’d certainly expect the Louisville defense to continue its trend of dominate defense, but what you can’t expect is for them to continue forcing multiple turnovers. That’s almost too much to ask. If the Louisville offense is a frivolous with the ball as they were against Wake Forest, when they had three turnovers, things could go sour in a big way Friday night.

That’s the amount of points that each of Syracuse’s opponents have scored over. That even goes for non FBS school Villanova, who put up 26. That’s big for Louisville, because since Miami, they really haven’t went out and had their offense succeed against anyone (Murray State doesn’t count). Syracuse presents opportunities for Louisville’s offense to go out and have success, as well as an opportunity for true Freshman Reggie Bonnafon to build some confidence in his second career start.

Confidence is a funny thing, you can’t overstate enough what it can do for a team. Nobody will say it but I think some of the Louisville offensive players may be lacking confidence, simply because they haven’t been able to really have any success on offense. It’s the same story as last week in that Louisville desperately needs a game where they put it all together, given that Syracuse has built this habit of giving up a lot of points, they have a good chance to do that Friday.

Though Brandon Radcliff has two games this seasons in which he hasn’t seen the field, that’s how many yards away he is from the being the teams leading rusher. It’s truly amazing when you consider that essentially in two games where Radcliff has gotten double-digit carries, he’s almost rushed for over 100 yards in both of them. Is it a stretch to say that Brandon Radcliff has been the most impressive offensive player to date for Louisville? I don’t think it is.

On Tuesday, Petrino said that Radcliff will now continue to get opportunities to tote the rock. I’d say he deserves them. He’s looked the fastest of the Louisville backs and has provided a big spark in an offense that has lacked much big play ability. Syracuse is giving up on average just over a 100 yards per game on the ground this season, It’ll be interesting and perhaps telling of the rest of the season if Radcliff is the team’s leading rusher after Friday night.