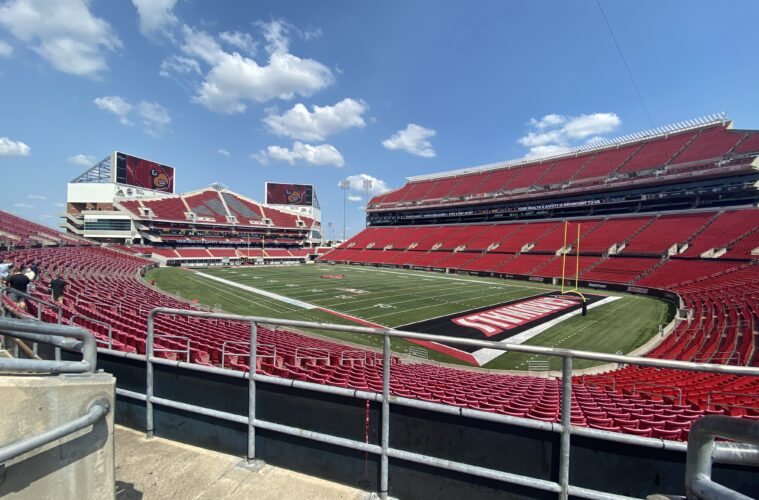 ESPN College GameDay Built by The Home Depot – college football’s longest-running and most-celebrated pregame show – is making its third stop in The Derby City on Saturday in advance of the Atlantic Coast Conference opener versus Miami at Cardinal Stadium. Kickoff between the Cardinals and Hurricanes has been shifted to 7:30 p.m. and will air on ABC.

College Game Day will air on ESPN and is set to start at 9 a.m. on Sept. 19 live from Cardinal Stadium. Due to COVID-19 restrictions, fans will not be permitted to attend the show and tailgating or parking in any lots.

The iconic show first came to Louisville in 2016 when the Cardinals defeated No. 2 Florida State 63-20, and made a return visit in 2017 in a loss to Clemson.

Chris Fowler, Herbstreit, and Taylor will stay on site to call the game between Louisville and Miami. Both programs opened the season with wins. The Cardinals defeated Western Kentucky on Saturday, while the Hurricanes beat UAB 31-14 on Thursday night.