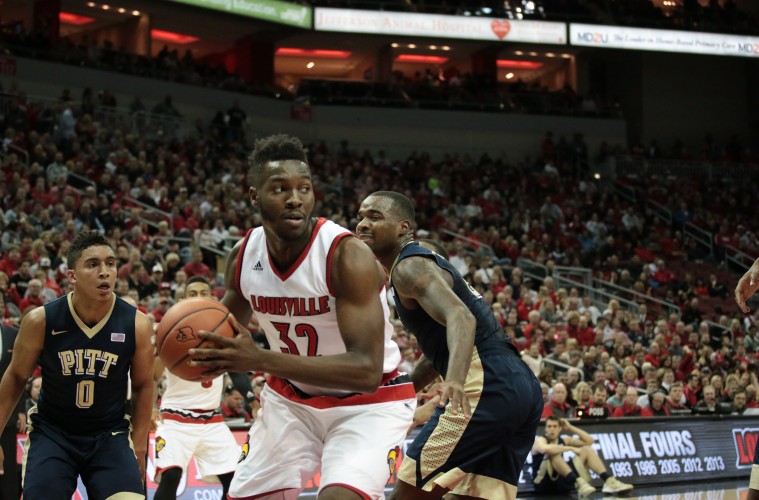 Louisville Center Chinanu Onuaku was selected #37 (2nd Round) in the 2016 NBA Draft by the Houston Rockets.  Onuaku is now Louisville’s 6th NBA Draft Selection over the past 4 seasons.

Nanu is the second 2nd round Louisville draftee by the Rockets in as many years.  Last year Houston picked Cardinal Montrezl Harrell in the 2nd round #32 overall.

Chinanu elected to enter the NBA Draft after May’s NBA Combine after a breakout sophomore season.  Onuaku started 29 of 31 games for the Cards and averaged 9.9 points per game and pulled down 8.5 rebounds.

Immediately following  the Combine Chinanu had a medical procedure done in Chicago to correct a heart rhythm issue known as Wolff-Parkinson-White (WPW) syndrome.  This procedure is common but impacted Onuaku’s ability to participate in individual workouts for a few weeks.  It is also believe that the corrective surgery could greatly enhance Nanu’s endurance.