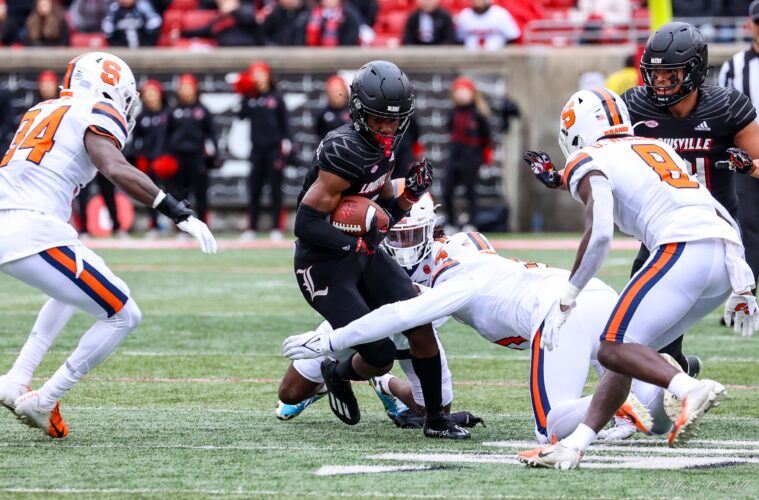 University of Louisville wide receiver Ahmari Huggins-Bruce was named the Atlantic Coast Conference Rookie of the Week, the league announced on Monday.

The native of Dillon, S.C., caught six passes for 54 yards and a pair of touchdowns in Louisville’s 41-3 win over Syracuse on Saturday. He scored on touchdowns of six and 17 yards, the first multi-touchdown game of his career.

Huggins-Bruce is fourth on the team with 19 receptions for 214 yards and three touchdowns.

The Cardinals close out the ACC schedule with a trip to Duke on Thursday night at 7:30 p.m.