Adidas released its long-awaited Louisville uniform for the Cardinals’ season opener vs. Auburn on Thursday morning. The UofL whites feature a metallic feather feature on the uniform. An Old English ‘L’ on one side of the helmet. A giant Angry Cardinal on the other side of the helmet.

Numbers also are a metallic.

The University of Louisville and adidas today unveiled the new Uncaged Cardinal Primeknit strategy football uniform, which will make its on-field debut on Saturday, September 5th vs. Auburn for the season opener.

Drawing inspiration from the Louisville mascot, the new uniform brings the Cardinal to life like never before – from head to toe – with an all-new, photo-real, high-def Uncaged Cardinal.Designed to represent the football team’s style of play, the Uncaged Cardinal is fierce, attacking and always on the offensive.

At the center of the design, the helmet features the new Uncaged Cardinal on one side, while a chrome and red English “L” pays homage to Louisville’s heritage on the other side. Further infusing the new theme, the shoulders of the jersey feature chrome and red wings – symbolizing the Uncaged Cardinal in flight, which accent the chrome lettering and numbering outlined in bold red on the jersey, while the pants showcase a chrome and red English “L” on the left leg to match the helmet.

The adizero 5-Star 4.0, lighter than any competitor cleat at 8.1 ounces, has a SPRINTSKIN upper with SHOCKWEB reinforcement and a SPRINTFRAME plate that provides maximum acceleration and multi-directional traction. 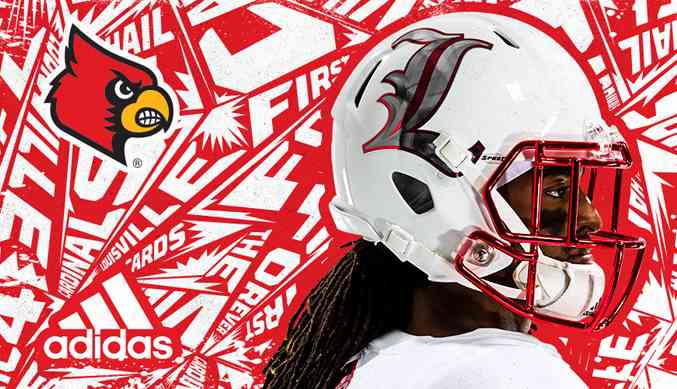 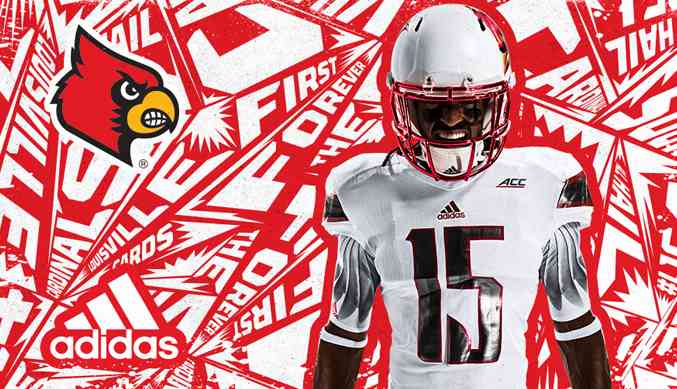 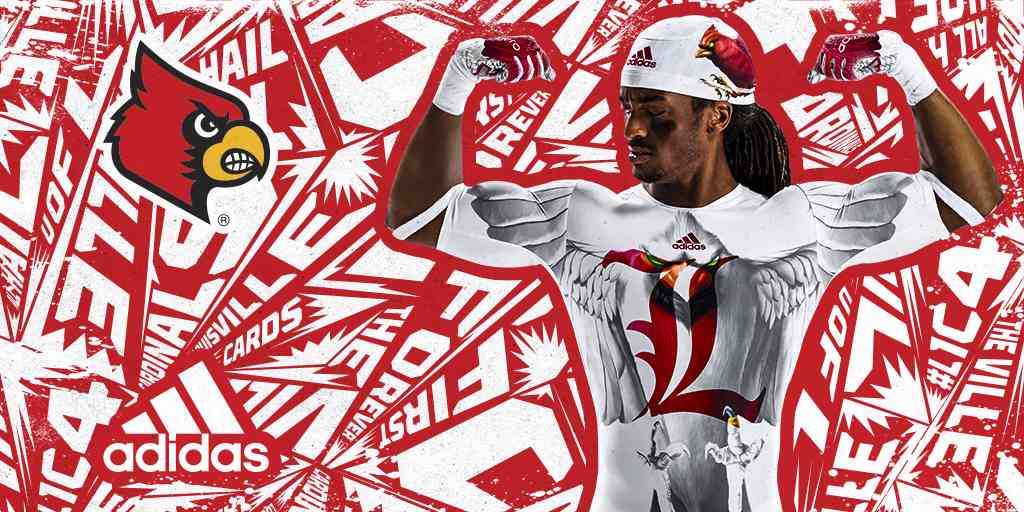 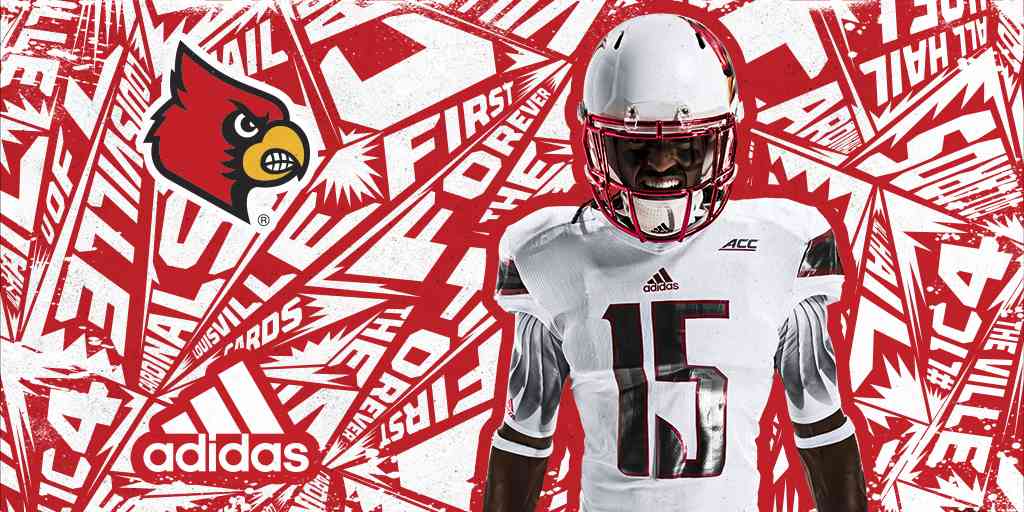 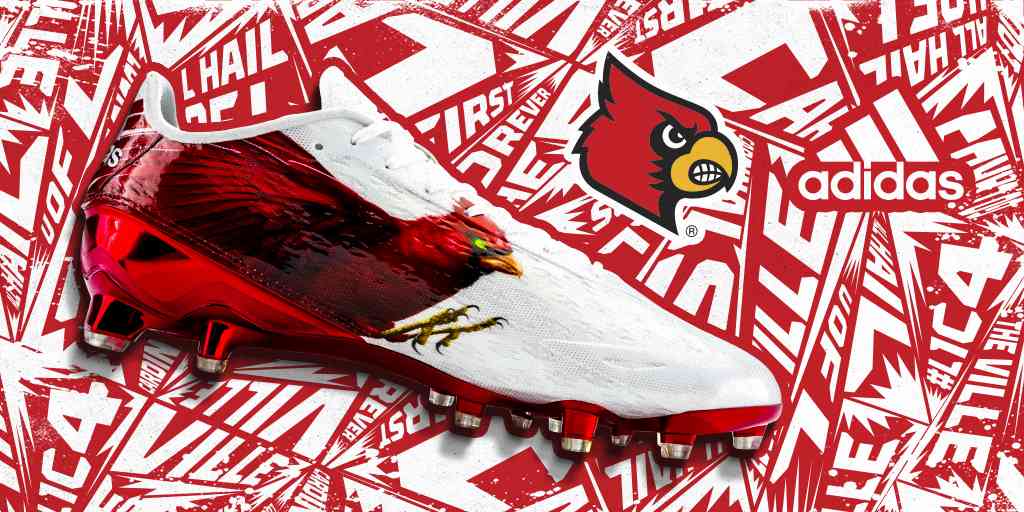 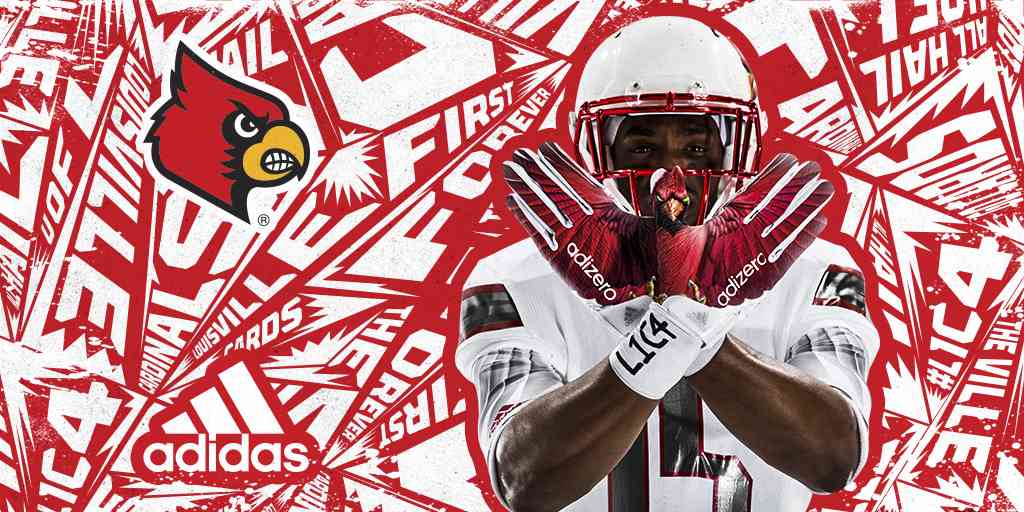 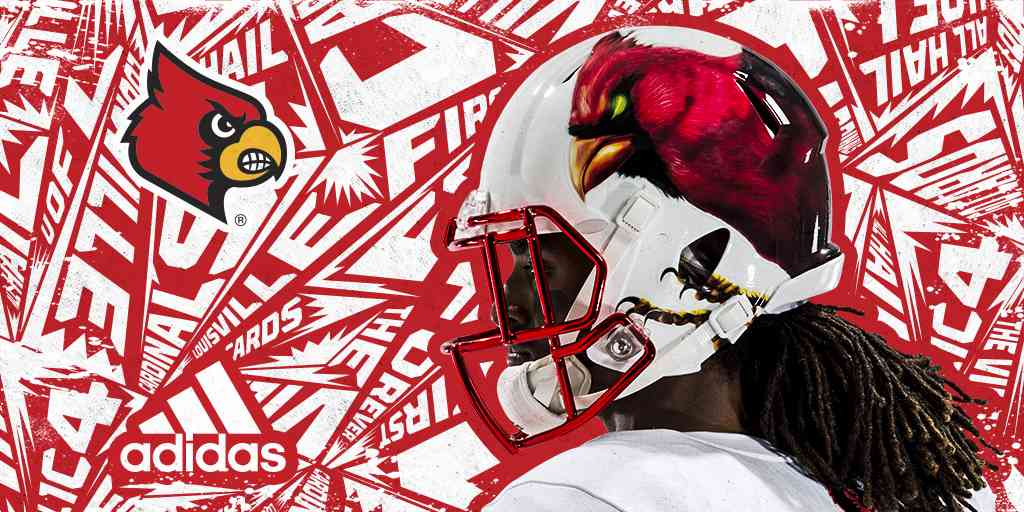 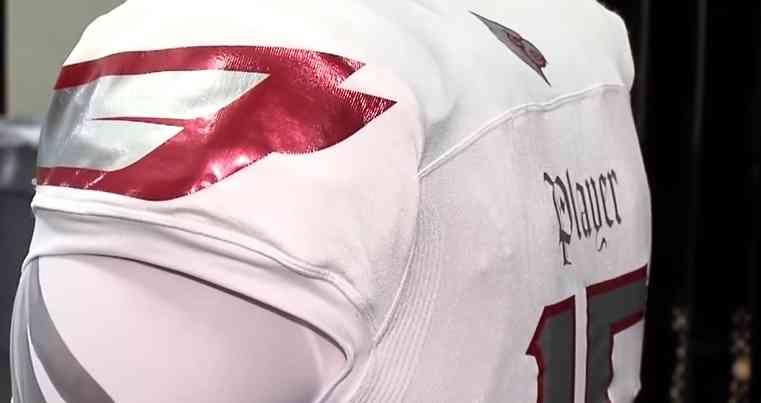 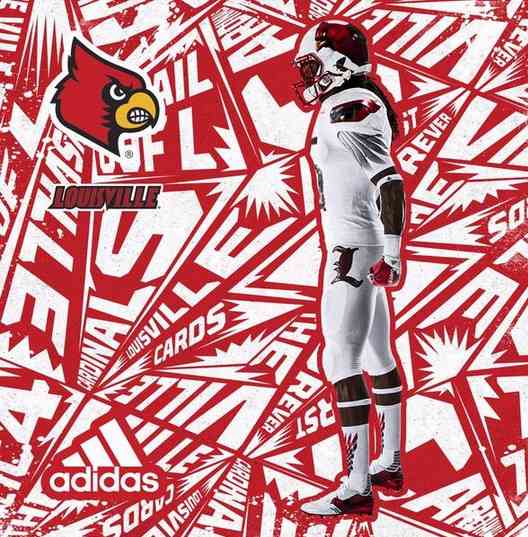 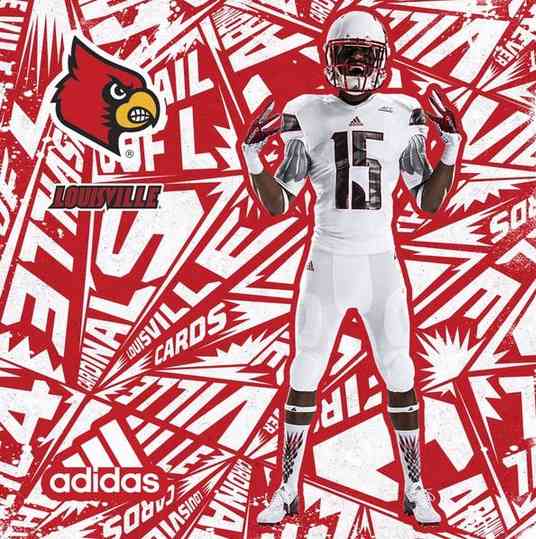