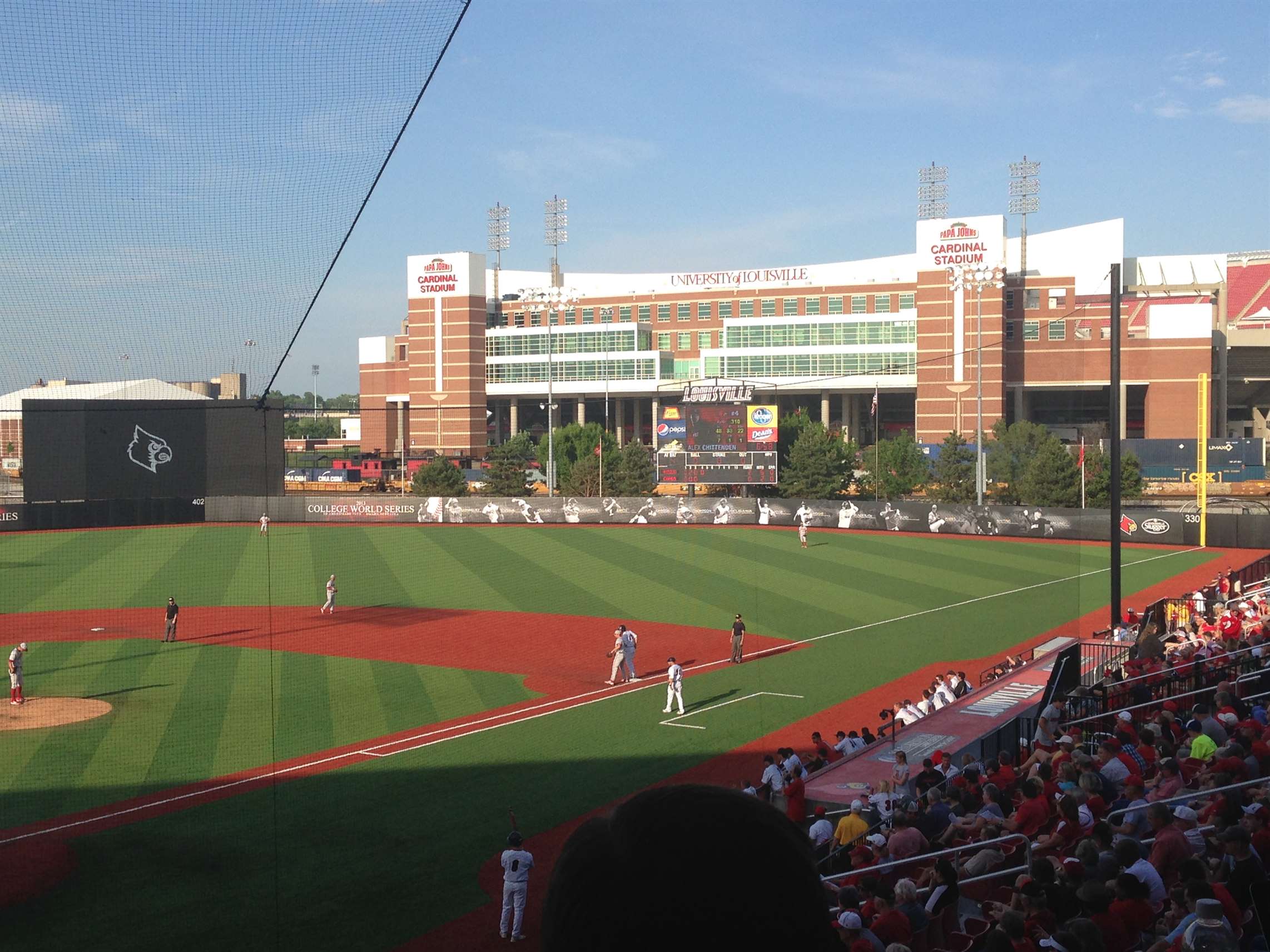 A late rally from the fifth-ranked Louisville baseball team was thwarted by a big ninth inning for No. 8 Indiana in a 7-2 loss for the Cardinals on Tuesday night at Jim Patterson Stadium.

After scoring runs in the seventh and eighth innings to draw within a run at 3-2, the chances for a Louisville (40-13) walk-off win by ended when the Hoosiers (36-13) scored four runs in the final frame to clinch their ninth straight victory. The Cardinals have lost of their last three after winning 12 straight from April 18 to May 9.

However, Indiana regained control of the game in the four-run ninth inning, which started with a one-out single by outfielder Will Nolden, who finished 3-for-4 with two RBI and a run scored for the Hoosiers. After moving to second on a throwing error by freshman reliever Zack Burdi (Downers Grove, Ill.), Nolden took third on a single to right by Nick Ramos before scoring on a RBI groundout to second off the bat of Tim O’Conner. Following a walk to Casey Rodrigue, Kyle Schwarber belted his 10th home run of the season sending a three-run shot deep to center field (520+’ over the batter’s eye) for the final margin.

The Hoosiers opened the scoring on Tuesday night plating a pair of runs in the second inning against freshman lefty starter Drew Harrington (Elizabethtown, Ky.). Following back-to-back singles from Scott Donley and Dustin DeMuth and a sacrifice bunt by Brad Hartong, Nolden delivered a two-run single to right for the 2-0 advantage. Indiana pushed its lead to 3-0 in the sixth inning on a RBI sacrifice fly to right field by Hartong to score Donley, who tripled to right to start the inning against junior lefty reliever Kyle McGrath (Louisville, Ky.).

Harrington was charged with his first career collegiate loss after allowing two runs on six hits in four innings to fall to 3-1 on the season. Sturgeon led the Cardinals at the plate finishing 2-for-4 with one RBI.

Righthander Luke Harrison earned the win for Indiana and improved to 5-0 on the season after allowing one run on two hits with four strikeouts in four innings of relief. Jake Kelzer, who entered a one-run game in the eighth inning, earned his first save with 1.1 innings of scoreless relief.

Up next, Louisville will conclude the regular season with a three-game series against conference foe Cincinnati starting Thursday at 6 p.m., ET at Jim Patterson Stadium. The weekend set will continue on Friday at 6 p.m., before concluding at 1 p.m. Admission is free for all three games with the Bearcats as the Cardinals, tied for first atop the American Conference standings, pursue their fifth league title in six years.

– After winning 11 of 13 games against the Hoosiers from 2007 to 2012, the Cardinals have dropped six of seven against them in the last two seasons.

– Louisville dropped to 9-9 this season when being out-hit after Indiana held a 12-6 advantage on Tuesday night.

– Since scoring 11 runs in last Tuesday’s victory at No. 10 Vanderbilt, Louisville has scored a total of only 10 runs in the four games since.

– First baseman Grant Kay finished with 15 putouts on Tuesday, the most for a Louisville player since catcher Kyle Gibson had 15 against Villanova May 5, 2013.

– With his two-hit performance on Tuesday, Cole Sturgeon earned his 21st multiple hit game of the season, the second highest total for the Cardinals behind only the 22 for Jeff Gardner.

– With four at-bats on Tuesday, Sturgeon moved into 10th-place in career at-bats at Louisville with 767.