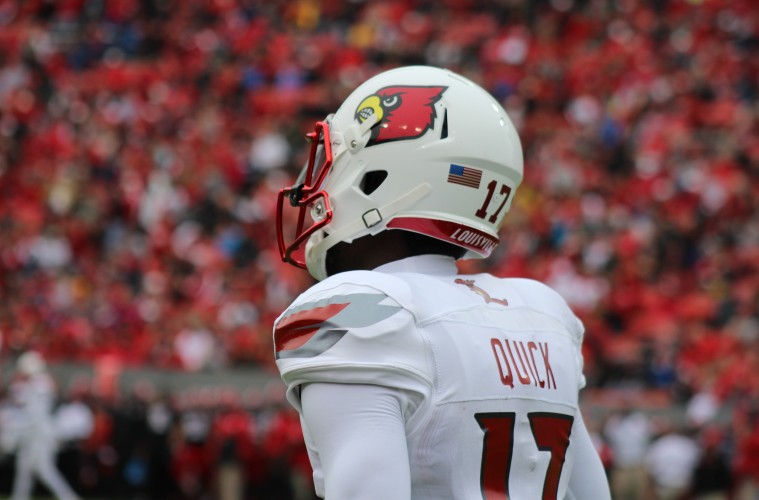 Recruiting is an incredibly fun and heartbreaking adventure to watch unfold. It is very easy to get excited when that 4 star running back commits to your school. It is also very easy to get angry, upset, or just disappointed when the team’s lone 5 star commit decides to go elsewhere. The excitement is in the chase. The pursuit of that game-changing recruit that will vault your favorite team’s recruiting class into the top 10 in the country. After the excitement has worn off, the hat ceremony over, and signing day comes what happens next? Expectations are formed.

Just for discussions sake, let’s use two examples from the 2013 Louisville football recruiting class: James Quick and James Hearns. Both were rated as 4 star players by 24/7 Sports’ composite rating. Quick was rated as the 64th best player in the country and Hearns as the 313th. Both were expected to be an impact at their positions almost immediately, Quick even more so than Hearns. Currently, James Quick is UofL’s leading receiver with 365 total yards, 24 receptions, and 4 TD’s. Pretty good, right? Not so fast. Quick has been talked about as not quite living up to his 4 star expectations. In fact, I may have done that at times myself. James Hearns is 18th on the team with 5 solo tackles. He has also had 2 sacks and 2 QB hurries. Hearns has been buried on the depth chart the past couple years behind the likes of B.J Dubose, Lorenzo Mauldin, Sheldon Rankins etc. aka very talented and experienced players. It is easy to have forgotten about him, looked back at recruiting rankings, and thought “I expected more out of him”.

For every James Quick there is a Devante Parker. Someone who is rated somewhat low and produces way beyond expectations.  There is one thing to keep in mind here: The players are not completely responsible for their rankings. Someone thought Eric Wood barely deserved a scholarship offer from a division 1 school whereas the coaches that recruited him saw the potential. The point is that it goes both ways because recruiting experts, coaches, and fans alike may misjudge the potential of a player. Recruits don’t show up to a college campus and suddenly discover their talent has vanished. Other factors may influence outcomes such as learning curve, fit for the system, or the fact that these college football players may be 18 years old. Regardless, try not to set expectations for these kids. It may be very hard to do but keep in mind that most, if not all, do try their best and want to live up to the high expectations fans set. Sometimes that bar may never be met and if we try to put ourselves in their shoes we can see that can be very disheartening. It is ok to be excited about a recruit’s potential, just try not to set an expectation for them.

As for Hearns and Quick, both I believe are very talented players who are contributing and will continue to contribute more and more. Hearns will probably get his shot next year with a departing Pio Vatuvei and Sheldon Rankins. Quick will continue to have an expanded role as the offense matures and becomes more efficient. Both will be counted on for their leadership the rest of this year and next.