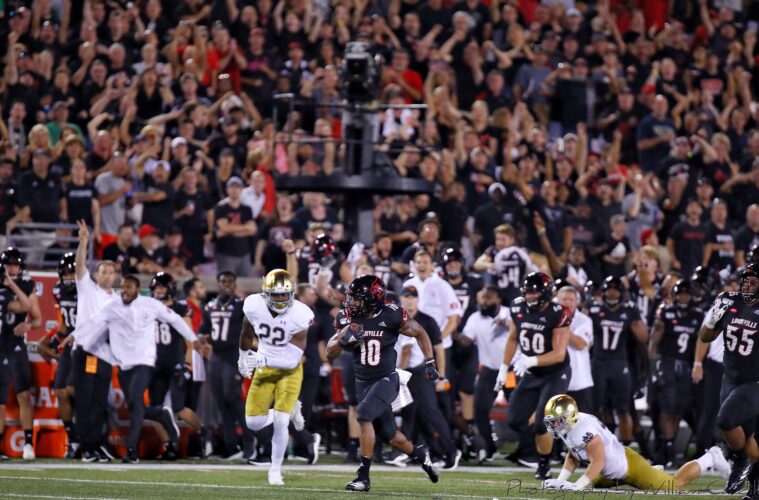 Notre Dame released its schedule this morning and revealed its road game to Louisville for October 7th. The Cards & Irish have met 3 times with UofL winning the first match-up in 2014 inside Notre Dame Stadium.

The Fighting Irishmen will travel to play inside Cardinal Stadium for the 2nd time after opening the 2019 season with a decisive victory over the first installment from Scott Satterfield. Louisville last played ND in South Bend in 2020 in a 12-7 decision for the Irish.